An update on the Canadian Centre for Food Integrity and the continuing quest to build more trust in Canadian farming and food.

The pressing question, in the view of Crystal Mackay, president of the non-profit Canadian Centre for Food Integrity (CCFI), is to what extent will farmers be trusted to operate and take advantage of new innovations? “There are new and amazing opportunities in agriculture to use fewer resources or use them more efficiently, but we can’t take advantage of these opportunities if we don’t have the trust of consumers,” she says. “Transparency is no longer optional and everyone in the food system is responsible for building trust.”

CCFI members represent the diversity of the food system, and include the Canadian Canola Growers Association (CCGA), Alberta Canola, companies, institutions and more. “The founding of the centre is a sign that Canada’s ag sector has realized public trust is bigger than any commodity, province, company or any other part of the food system,” Mackay explains. “It’s a holistic food system issue that spans the developed world. We are an affiliate of the U.S. CFI, and we continue to build on the thinking that’s been done there through millions of dollars of investment.”

“While there are some similarities amongst Canadian and U.S. consumers, the views and attitudes here are unique, so it’s very important to have our own data,” says Kelly Green, CCGA director of communications. “CCFI’s annual survey allows us to gauge public attitudes about Canada’s food system from field to fork. Over time, this research helps us see trends, better understand which issues are most important to consumers, more effectively provide information and build trust.”

What are consumers saying?

One of the most important results of CCFI’s 2017 survey of 1,307 Canadians is that while only 43 per cent believe the food system is headed in the right direction, it’s a significant jump from 30 per cent in 2016. “Not only can we compare over time,” notes Mackay, “but we can compare responses among provinces, to the U.S., and among groups of responders such as women, men, foodies, moms, millennials and more.”

Transparency was a focus of this year’s research, and respondents ranked farmers as most or second-most responsible for demonstrating transparency in four of five areas of food production. “People want to be able to ask questions about absolutely everything on their plates,” Mackay says. “It’s not appropriate anymore for a food company or a farming association to put out a press release when there is a new food product launched, or when a new technology or other development is now available. We have to put everything under the lens of public trust all the way along.”

And being scientifically sound isn’t enough. A technology or practice or product also has to be ethically based and economically viable. “We have to achieve a balance of the three and these discussions are now occurring,” Mackay says.

Major global ag companies are also doing their own public trust research. Bayer did a recent survey of 10,000 people in 10 countries and found that many consumers remain emotionally skeptical about trusting science. Indeed, the intersection of public trust and science was the focus of Bayer’s ‘Future of Farming Dialog’ in Europe this summer. At this event, Liam Condon, Bayer’s Crop Science Division president, noted that “we live in a post-truth era in which populism and political polarization jeopardize the acceptance of modern science. Well-established scientific facts are questioned by people who prefer to believe in rumours and emotional campaigns.”

On that point, CCGA president and Manitoba farmer Jack Froese finds it handy to use a comparison. “Consumers are free to adopt the latest technologies for their own enjoyment if they can afford them,” he says. “Things like drones or robotic vacuums or automated voice-command systems for the home to turn lights on and tell you the weather. These are not necessities, these are pleasure tools, but at the same time, consumers want to restrict farmers from using the latest technologies to produce food, a necessity.”

Froese says consumers don’t understand how innovations let farmers protect the environment and produce food more abundantly with less water and other inputs. “They also don’t understand that although Canadian farms have become larger and are under modern financial structures, they are still very much family farms,” he says. “And that what I grow, I feed to my children and my grandchildren.” Froese also wants consumers to know how much farmers care about bees. “We need bees and they need us,” he says. “I cannot do things that harm bees. I am dependent on them.”

Mackay believes it’s important that every canola farmer help address the fact that 92 per cent of Canadians know little about agriculture. “Agriculture and food is becoming more complex and people are increasingly further removed from the farm,” she says. Communications with consumers should not focus on convincing, but on engaging, she says.

Froese recently had a challenging opportunity to engage with a consumer. Froese had rented fields from this consumer’s late father for quite some time. “He asked me why he should continue to rent the land to me for growing canola,” Froese says. “I was really taken by surprise, and I told him I would get back to him very soon. I didn’t know what to do. I thought about it, and then went and got the soil tests for the land. I took it all to him a few hours later. The tests showed over time that organic matter had gone up, nutrient levels were up, the soils was much improved. It showed him in black and white that soil condition and health is something that a farmer protects and care for.”

Mackay points out CCFI research showing that consumers trust farmers more than, for example, university or government academics and David Suzuki, and trust farmers far more than they do farming associations. “We need to build on that,” she says. “We have to look at new methods of connecting with consumers, and keep in mind that for any topic online, the negative that consumers find vastly outweighs the positive. Please keep having conversations, one person at a time. Share bits on social media. Promote ‘Best Food Facts.’ Do whatever you’re comfortable with.”

Canola industry efforts to build consumer knowledge and trust include: 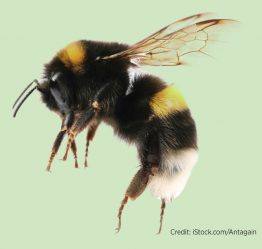