Where do you get your ideas? How do you know an idea is good? How long does it take for you to put a good idea into practice? Our six farmers panelists answer these questions and share examples of recent new ideas they implemented. 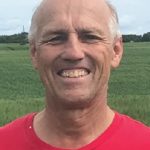 Keith Fournier has had challenging harvests three of the past four years, so the best idea he had this year was to install a grain dryer system.

“I have a network of farmers who are open-minded and unbiased. This experience – mine and theirs – gives me a better approach to new stuff.”

“For me, the best ideas are those that significantly improve cashflow, reduce risk or reduce stress,” Fournier says. The dryer checked all those boxes. It will allow him to harvest sooner and extend harvest days, which are especially important in years when weather spreads out harvest and drags it into October or November – or later. It also reduces the risk and stress of storing tough grain. While the dryer was a large capital expense and will incur ongoing energy costs, it will preserve grain quality in tough harvests, allow him to deliver grain at (not below) moisture thresholds, and have his grain ready to deliver sooner. All of these will improve cashflow.

Fournier pulls ideas from “everywhere,” including conferences, trade shows, farm magazines and newspapers, networking with other farmers, and social media, including Twitter. Then he lets the ideas stew for a long time. “I’m in my late 50s now, so I have more of a patient outlook on ideas now. I’ll research them and think about them for over a year.”

His review process includes letting an idea “bounce around in my own head for a while” to see how it fits within his operation and meets his cashflow, risk and stress parameters. He also puts a lot of value on input from a few respected farmers. “I have a network of farmers who are open-minded and unbiased,” he says. “This experience – mine and theirs – gives me a better approach to new stuff.” 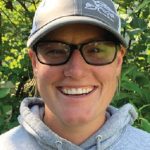 Sometimes you get unexpected opportunities to test new ideas. Five harvests ago, Brooke Parker had a few fields of canola that were in claim positions for crop insurance. The adjuster couldn’t get there before harvest, so they had to leave a few strips standing in each field for the loss assessment. They were straight combining all of the canola anyway, but the strips stood for about a month, even through some snow, before the adjuster came. The yields for timely versus late-harvested canola were a big surprise. “There was no difference,” she says.

“Ideas often come from meetings on the farm, with us sitting around the table and talking. Sometimes good ideas can even come from the coffeeshop.”

The varieties did not have the pod-shatter tolerance traits, but the experience gave Parker “more confidence in straight cutting canola.” The farm now grows pod-shatter tolerant hybrids and straight combines everything. “We didn’t take the swather out of the shed this year.”

Around the same year, Parker also rolled all their cereal fields shortly after emergence. “We’re in a very rocky area,” she says, and they bought the roller to see if it might help. Rolling cereals is not normally required because they’re cut high, but that fall, snow flattened the crop and they had to pick up the wheat off the ground. It was a lucky result for a bad situation, and made rolling a common practice for them. Since then, they’ve upgraded to an 80 footer.

As Parker shows, a lot of good ideas come from experience. But she says conversations are probably still the number one source for ideas on their farm. “We go to farm shows and read the papers,” she says, “but ideas often come from meetings on the farm, with us sitting around the table and talking. Sometimes good ideas can even come from the coffeeshop.” If her dad calls at a specific time of day to say “We should try this…,” she knows the idea came from a coffeeshop conversation.

Talking is a skill Parker appreciates now perhaps more than she used to. “I remember going to meetings and into retailers with my parents, and saying to them, ‘How long are you going to talk? You always talk so much.’ ” Now she realizes the immense value in using conversation to generate ideas and find the best ones. 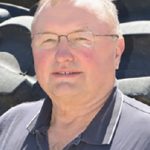 John Sandborn has been on boards all his life. That includes Manitoba Canola Growers, Federated Co-op and Parkland Crop Diversification Foundation and many others. “I’ve met a broad range of farmers and staff, and made friends across Western Canada,” he says. “They’ve helped me find ideas and see what works and doesn’t work.”

“I’ve met a broad range of farmers and staff, and made friends across Western Canada. They’ve helped me find ideas and see what works and doesn’t work.”

John Sandborn, on board participation

Through Manitoba Canola Growers, he got in contact with Justine Cornelsen, the CCC agronomy specialist, who encouraged him to take stubble samples to test them for blackleg races. “I have blackleg in some fields, and by doing these tests, I can find out what races I have and what varieties I can grow with resistance to those races.”

One of his recent best ideas is a complete overhaul of his fertilizer practices. He used to put all phosphorus and some sulphur fertilizer down the seed row with his canola seed, but research showed clearly that this is not a good idea for stand establishment and seed survival. So now he puts only 10 lb./ac. of phosphate in the seed row. Ahead of seeding in the spring, he floats on urea, potash, ammonium sulphate and the balance of his phosphate. He uses SuperU urea to reduce losses from the broadcast application. This fall, he also applied anhydrous ammonia on 500 acres in warmer weather, using a treatment to reduce losses. Then, just before freeze up, he applied anhydrous ammonia on 420 acres without a treatment. He’ll be able to compare results this upcoming growing season for the two treatments.

“I floated on Super U one wet fall and harrowed it in and I lost some of it. The following year, my wheat yields were 15 bu./ac. less and canola about 10 bu./ac. less,” Sandborn says. “It was an idea that didn’t work, so that’s why I’m trying the fall anhydrous with treatment.”

With his new fertilizer practices, the idea is to improve canola stand establishment, apply fertilizer outside the seeding operation to speed up seeding, and use nitrogen stabilizers to reduce losses. 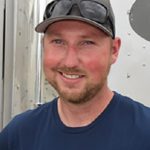 Landon Friesen gets a lot of good ideas from brainstorm sessions with his dad and brother, from conferences and from Twitter. They often look for innovative practices used in other industries and other regions and brainstorm how those ideas might work on their farm.

“We’re always trying to be a little different,” Friesen says.

One example is strip tillage, which is becoming more common among row croppers in the United States. As the name suggests, the farmers only work a narrow strip where the seed row will go, and leave the rest of the stubble undisturbed. “We’ve gone to narrower openers to move less soil, and strip tillage could represent another improvement to manage our residue better,” he says. “We’d like to be able to do that with our narrow row spacing.”

That’s where his dad and brother come in. “They’re good innovators, and could probably come up with something that works for our situation,” he says.

One of their best ideas, Friesen says, is their Dash – a spray tender with a pump and chemical inductor that allows them to fill a sprayer in 4.5 minutes. “With this system, we can spray an extra 320 acres per day per sprayer,” he says. They now manufacture and sell them to other farmers. 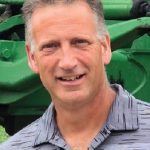 Roger Chevraux had his fourth challenging harvest in a row, and most of his crop went in the bin tough. But he got done October 21, which was earlier than many others in the area. The big reasons were a good idea from his machinery retailer and another from his wife.

Chevraux traded in two older combines for two new ones earlier this year. As part of the deal, the retailer suggested that Chevraux could keep one of his trade-in combines until the end of harvest. “The catch was that he had the option to sell the combine and replace it with another one, which is what happened,” Chevraux says. But the idea still turned out to be a good one. They had three combines at harvest instead of two, and it helped them get the crop off in relatively good time and with decent quality.

Of course adding another combine means you need another operator. “My wife solved that problem. She put up a white board with a calendar for September and October and worked out a schedule,” he says. “We needed five people per day and filled in the slots with family, regular staff and then extras we could bring in as needed.”

Chevraux shares another story about building their new shop. He had a basic plan and shared it around with his family and staff. His wife suggested he add an office. A neighbour suggested a storage mezzanine. Staff wanted a bathroom and fridge and meeting room. Roger added a washer and dryer station. “In the end, we were all involved and everyone took ownership,” he says. “Now our hired men will come to the shop early and on days off to use it and make it better.”

Chevraux shares one more idea. The farm has grown malt barley for decades. He knows how particular the malt processors are when it comes to green seeds and sprouting, but his family and staff wondered why he was always so picky about the crop. So two years ago, after another tough harvest, he rented a bus and took his family plus the staff and their families on a Christmas party tour to Rahr Malting, a brewery and then a restaurant that serves craft beer.

“Everyone couldn’t believe all the things necessary for quality barley, malt and beer,” he says. “Now they’re all engaged and are correcting me on production practices. Plus they said it was the best party ever. I’m not sure how I’m going to top it.” 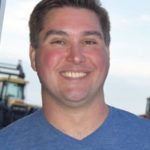 Anthony Eliason has one specific field set aside for trying new ideas. “It’s an average field with irrigation and dryland, and small enough that we’re not wasting a lot of time on it,” he says. “We’ve used that field recently to try new canola varieties, remote-controlled pivots, soil moisture sensors and fababeans.”

“What works for one might not work for someone else. All you can do is try it.”

Fababeans are one of the better ideas. “We were tired of lentils – eating dirt at harvest and no returns – so two years ago we tried fababeans on the trial field,” Eliason says. “Results are good on irrigation, and though not spectacular on dryland, it wasn’t a disaster either.” They grew the crop again this year.

Fababeans stand up tall for easier harvest, and return biomass and nitrogen to the soil. While the crop doesn’t provide a premium compared to yellow peas, moving it hasn’t been a problem, he says.

Eliason gets a lot of his good ideas from conferences, workshops and even social media. “You don’t really know if ideas from Twitter are good ideas,” he says. “When you mention them at the coffee shop, sometimes you find out the ideas were tried a long time ago and forgotten.”

In fact, no matter where the idea comes from, you can’t know for sure that it’s the right thing for your farm. “What works for one might not work for someone else,” Eliason says. “All you can do is try it.” That’s what his trial field is for.