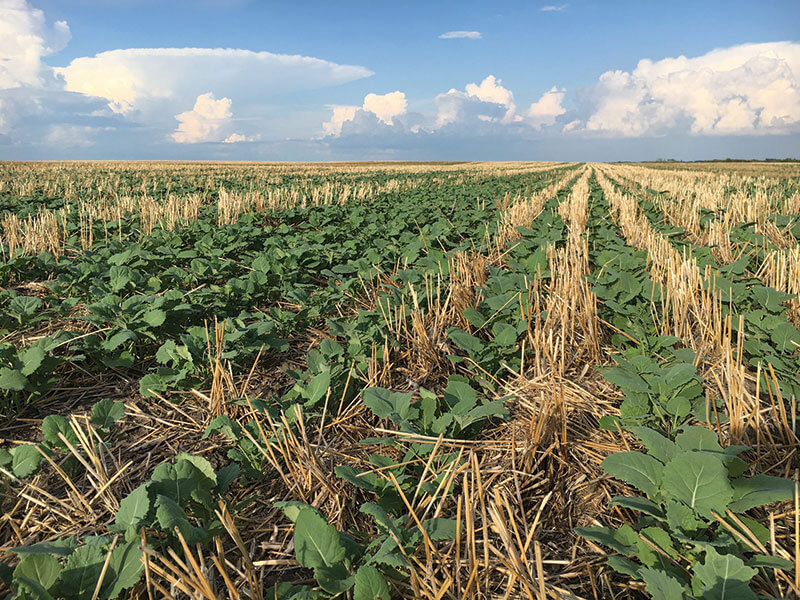 Saskatchewan farmers grow field crops – including canola – in one of the harshest climates for farming in the world. Our growing season is short, our winters are (very) cold, our summers are hot, and there is often too much or too little rain.

After decades of farming in these conditions, Saskatchewan growers have become resilient, innovative and amazingly productive. In 2021 alone, our province exported more than $2.7 billion in each of its four key crop sectors – grains, pulses, oilseeds and edible oils.

As other countries face agricultural challenges due to climate change, Canada’s federal government has taken action to help farmers grow more food in developing parts of the world. For example, Canada has pledged $75 million to expand and deepen the United Nation’s International Fund for Agricultural Development’s (IFAD) impact on the rural poor in developing countries.

“The IFAD pledge is highly commendable and has proven to be somewhat prescient in light of the subsequent war in Ukraine, which has threatened food security around the world,” says Dale Leftwich, SaskCanola’s policy manager. “That said, Saskatchewan farmers are facing the same level of threat as farmers in other parts of the world.”

Our Prairie province is known worldwide as a consistent and reliable supplier of safe, high-quality agri-food products. As a province, Saskatchewan has the potential to maintain – and to even increase – its crop production while overcoming the effects of climate change. Increasing domestic food production must be supported and resourced by Canada’s federal government.

“Our federal government has prioritized fighting climate change and this will have a very beneficial impact in the longer term. However, there has not been an increase in funding to improve food security, which may become an even more urgent threat to humanity. The age of cheap and plentiful food seems to be slipping away,” says Leftwich.

“The focus on emissions from nitrogen fertilizer concentrates is one element of climate change. As Canadians, we need to be able to do more than one thing at a time. While we reduce our emissions, we need to collaborate on ways to increase crop production to take the place of global production shortfalls,” adds Leftwich. “This can only be done if we acknowledge that Saskatchewan growers need to be protected from the adverse effects of climate change, while simultaneously increasing food production.”

For decades, Saskatchewan growers have been at the forefront of global innovation in agricultural production. We were early adopters of technologies that have greatly lowered our emissions. Growers in the province are unique in having low emission intensity while having high agricultural intensity.

Saskatchewan farmers have proven that we can reduce greenhouse gas (GHG) emissions. In fact, current farming practices have reduced GHG emissions by the equivalent of taking 1.83 million vehicles off the road.

“We have the ability to not just maintain our current crop production but to increase it while we decrease our carbon footprint. However, this requires increased scientific research, increased innovation and an increased focus on food security,” says Leftwich.

As an industry, Canadian agriculture cannot lose sight of the urgent need to improve global food security while also improving our fertilizer efficiency. Feeding the world can never drop off the policy table. 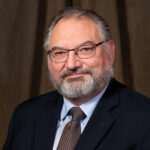 Dale Leftwich, SaskCanola’s policy manager, says Saskatchewan farmers have the ability to increase production and decrease their carbon footprint at the same time. “However, this requires increased scientific research, increased innovation and an increased focus on food security,” he says.

SaskCanola hosts Top Notch Farming meetings to share valuable knowledge with growers and agronomists, as well as to provide an opportunity to connect in-person with subject matter experts.

Learn about the latest agronomy and research findings for canola and barley. This year, keynote presentations will focus on canola disease identification and flea beetles, as well as research results regarding herbicide-resistant weeds and nutrient management. Canola oil health benefits, policy and advocacy, market outlook and mental health topics will round out each session. Each Top Notch Farming meeting will also feature an update on SaskCanola’s priorities and our investments in research.

Apply to Learn to Lead!

“In addition to members of SaskCanola’s Board of Directors, SaskBarley, Canary Seed, SaskFlax, SaskOats, SaskPulse and Sask Wheat, all have current or past board members who were also Learn to Lead participants,” says Tracy Broughton, executive directorof SaskCanola.

Engaging with producers and fostering leadership capacity in Saskatchewan’s agriculture sector are top priorities for SaskCanola.

For this reason, each year SaskCanola hosts a performance strategies workshop for future agricultural leaders in Saskatchewan. One of the benefits of Learn to Lead is an evening networking event with program alumni, other delegates and key stakeholders in the province’s agricultural sector.

This two-day workshop includes best-in-class sessions on governance, media training, leadership style and decision making. There is no cost for successful delegates to attend Learn to Lead. This year’s workshop will take place at the Delta Bessborough hotel in Saskatoon from Wednesday March 22 to Friday March 24, 2023.

Find out more about Learn to Lead at saskcanola.com/leadership!