Keep clubroot spore counts down and you can avoid major yield loss from the disease. In this article, CCC agronomy specialist Dan Orchard describes five proven steps that can prevent clubroot from taking hold in a field or, if it does take hold, from rising to yield-damaging levels.

Technically it only takes one spore to cause clubroot infection, but the chance of a root coming in contact with one spore is almost impossible. In greenhouse research, pots with 10,000 spores per gram of soil can consistently cause infection. Under field conditions, it may require 10 times that many – or about 100,000 spores per gram of soil. Surveys in central Alberta have found patches with 10,000,000 or more spores per gram. We know that some fields in Manitoba have areas with more than 100,000 per gram. And with clubroot symptoms confirmed in Saskatchewan Districts 9A and 9B in 2017, some canola fields in those districts (and likely others) will exceed 100,000.

Early detection of clubroot through field observation of galls or soil sampling is a good step in preventing spore build up. These five actions used in combination also work well to keep the disease down.

In clubroot areas, a two-year break is the minimum recommendation and a three-year break – or longer – may be required to reduce spore numbers to a manageable number.

Moving soil means moving clubroot. Keep machinery clean as it moves field to field, clean used machinery before bringing it to the farm, check custom machinery before it comes on the farm, use reduced tillage to limit spread of clubroot patches in a field and to reduce wind and water erosion of soil particles. Soil particles less than 0.1 mm size can carry for many kilometres on the wind, and clubroot spores are much smaller than that.

Common weed species that can form clubroot galls and cause unexpected spore build up are wild mustard (Brassica kaber), stinkweed (Thlaspi arvense), flixweed (Descurainia sophia) and shepherd’s purse (Capsella bursa-pastoris). Spore-producing galls can form within three weeks of weed germination. If left to grow, these weeds and volunteers – even if fairly low in number – can produce enough spores to negate any benefit to crop rotation.

Grow CR canola as soon as clubroot is found in the county, municipality or district and, to reduce the risk further, start before the arrival in your jurisdiction. A susceptible variety grown with clubroot present will allow for the increase of spores to uncontrollable levels within one crop. A resistant variety will often not be completely free of clubroot, but the impact and contribution to the spore load is far less. Also, the chances of selecting for pathotypes that overcome the resistance gene is much more likely when spore loads get high.

Steven Strelkov, clubroot researcher at the University of Alberta, has identified 17 clubroot pathotypes in Alberta, and many of them are virulent on all current CR genetic sources. We need to keep those pathotypes down.

If clubroot patches are identified, you can seed these patches to a long-term cover crop that prevents soil movement and basically quarantines that patch. If you cut the crop for hay, there could still be clubroot spores in the dust attached to the crop during harvest, so feeding the hay in areas where canola won’t be cropped is desirable. Control host weeds in the patch (which should be easy in a grass crop). Consider equipment sanitation at all times when working in those patches.

Liming is another practice that works in clubroot soils around the world. Lime increases soil pH, which will reduce the severity of clubroot. (It will not eliminate the clubroot risk entirely and significant clubroot can occur even at high pH levels.) We are still working on best practices for Western Canada. Check Canola Watch for updates. 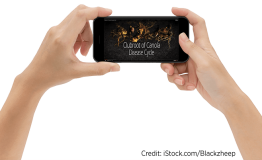 Would you rather learn through videos?

To watch these and other titles, go to canolacouncil.org and click “Video Gallery” under the Resources tab at the top.