As you head into the 2019 growing season, what one thing would you like to change in the business this year? Machinery? Logistics? Farm size? Crop rotation? Staff management? Canola Digest asked these four farmers for their thoughts. 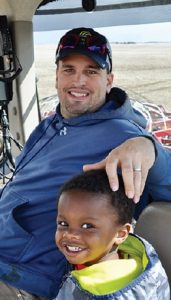 Trevor Thompson plans to use soil moisture monitoring technology to improve his fertilizer management. Two years of really dry conditions in southern Saskatchewan has left the farm with very little reserve moisture. “We’re at the equivalent of about 1 inch of rainfall in the soil right now,” he says.

“I think it’s a game changer if I can use these moisture probes to estimate yield potential and then figure out how to get top-up nitrogen and sulphur into the crop efficiently.”


Soil moisture probes will be a key tool for his in-crop management decisions. Taking inspiration from well-known Saskatchewan soil scientist Les Henry, who says “soil moisture is like money in the bank,” Thompson will install soil moisture probes on at least two, possibly three, weather stations on his farm this year. Stations will be placed in a representative area of the field after seeding, with soil moisture probes buried three feet deep. He’s using John Deere Field Connect probes, which use capacitance sensors to measure soil water. “The probe sees exactly what the plant root sees in terms of total moisture and usable moisture,” Thompson says.

The probes and their yield-estimating algorithms determine the ‘water-driven yield potential’ at any given moment. “If we get 10 inches of rain and yield expectation goes to 55 bu./ac., then I will have to apply a lot of nutrient to make up the yield gap,” Thompson says.

Phase two of the plan for 2019 is to figure out the best way to apply that fertilizer. He’s still working on which is the most efficiency method. “I think it’s a game changer if I can use these moisture probes to estimate yield potential and then figure out how to get top-up nitrogen and sulphur into the crop efficiently,” Thompson says. 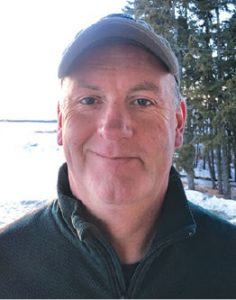 Jamie Mitchell would like to upgrade his equipment to match the size of the farm. Mitchell and his wife, Laura, a vet who works in Grande Prairie, were just about to leave the farm three years ago. Mitchell was farming with his older brother David and the farm wasn’t quite big enough for two families. Two days after they had the conversation, a neighbour offered to sell the Mitchells his whole farm, lock, stock and barrel.

So they bought the farm and stayed put. It was a big jump, bringing the family operation up to 5,000 acres. The bank approved the mortgage, but asked if they could handle that many acres with the same equipment. The Mitchells said they could, but now three years later, they’re looking at some upgrades.

“I would love to move to a para-link drill with a bigger tank for more efficiency. It all starts in the spring. For us, the keys are consistent seed depth and distribution.”


They currently seed with a 64-foot Bourgault 5710 with Model 6550 tank. “I would love to move to a para-link drill with a bigger tank for more efficiency,” Mitchell says. “It all starts in the spring. For us, the keys are consistent seed depth and distribution.”

He likes the idea of seeding canola with a planter for accurate seed depth and spacing. At Ag In Motion 2018 in Saskatoon, he noticed a focus on some of the smaller, faster European seeding tools, but at the end of the day, he has to justify the cost. As it is, the new model drill-tank combo he has in mind is $700,000. “There seems to be a disconnect between the cost of equipment and what a farmer can afford,” he says.

He sees a lot of benefit in section control to eliminate overlap. “Neighbours have it and love it,” he says. But he doesn’t see any benefit yet in investing in a variable-rate application system. “If you only get two inches of rain, you’re not getting the yields to justify that investment.” 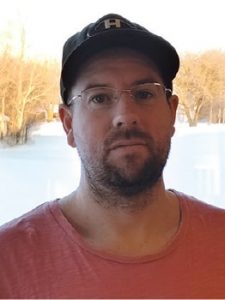 If I could change one thing, I’d like to have all my debts paid off,” says Scott Mowbray. “That would make farming pretty fun.”

Instead, the Mowbrays are making a change in 2019 that some might think would move the farm in the opposite direction: they’re extending their rotation.

“We’re finally going to fully realize a three-year rotation across the farm, with one third in canola, one third in wheat and one third in soybeans and peas,” Mowbray says.

“We had been heavy on canola,” he says. “We had wheat and the odd field of soybeans and flax, but never enough for a proper rotation.”

Clubroot is a key motivator. Clubroot DNA was detected on one of their fields at very low levels, and Mowbray wants to keep it that way with clubroot-resistant varieties and a three-year rotation.

So how does he balance the financial goals of the farm by going to a rotation that maybe doesn’t produce the same revenues? It starts with an accurate assessment of whole-rotation returns, he says.


“We originally thought of soybeans as a replacement for canola. But because our soybean yields in the beginning were 10 to 20 bu./ac. less than our canola yields, it didn’t make any sense financially to reduce canola acres and increase soybean acres,” Mowbray says. “But then we got thinking that soybeans are actually a replacement for canola and wheat acres.” The improved return from the soybeans that replace wheat acres will balance off any losses from soybeans that replace canola acres, he says.

It also helps that genetic improvements over the past 10 years have narrowed the yield gap between soybeans and canola on their farm. “That makes it even easier to profitably integrate soybeans into our rotation,” he says. “There will be no negative effect on our ability to service our debt.”

And the Mowbrays get the risk management benefits that come with a three-year rotation. “We’re trying to take the long view. We’ve got to do this for the health of the farm and the soil.”

Mowbray says if their growing conditions were a little drier, he’d like to grow more peas as an alternative to some of the soybean acres. He likes that peas provide some residual nitrogen and he’s had some good pea crops, but high moisture increases disease and lodging. “If they would just stand up, I’d grow more of them.”

Leonard Foster worked with CCC agronomy specialist Warren Ward in 2018 on a sentinel field project for canolawatch.org. After this experience, Foster plans to raise his canola yield target to 50 bu./ac. for 2019, up from 45 bu./ac. in 2018. “I plan to increase my nitrogen and phosphorus fertility rates, and continue to apply some potassium,” he says. In 2018, he applied 105-35-10-25 on his canola, including 15 lb./ac. of phosphate in the seed row.

Foster will also test a new seeding date. “I usually seed all of my canola at once after my peas and after some of my wheat. For 2019, I am going to seed some canola first before any other crop, then come back and seed the remainder a bit later.”

Do you have feedback on the farmer panel? Do you want to participate in a future farmer panel? If yes, please email the editor, Jay Whetter, at whetterj@canolacouncil.org

As a third step, he’d like to upgrade to an independent opener drill… if he can find a really good deal. “Depth control is something that I struggle with because my drill does not have independent openers and I always see some variability with it,” he says. If he does buy a drill, used or demo’d, he’ll make sure it’s spotless before bringing it home. “I don’t want clubroot,” he says.

When it comes to seed, Foster likes pod-shatter tolerance. “Even though I swath, I like this trait because it allows me to swath later and not have the same losses as with a non-tolerant variety.” He used the trait for the first time in 2018 and will use it again. He’s also paying close attention to blackleg and clubroot resistance. “Blackleg resistance is important. Although I have not utilized the new gene labels yet, it will be something I look for in the future,” he says. “Clubroot resistance is also not a trait I have used on my farm yet, and don’t plan on it for 2019, but I will probably be using it for the following growing season.”