Following SaskCanola’s Annual General Meeting on January 14, SaskCanola’s board of directors elected new leadership and are pleased to announce Lane Stockbrugger as the chair and Charlene Bradley as the vice-chair.

In addition, leadership positions on SaskCanola’s board committees for the 2019 year were elected as follows: Bernie McClean as research chair, Katelyn Duncan as grower relations chair, Doyle Wiebe as policy chair, Charlene Bradley as canola promotion chair, Wayne Truman as governance chair, and keith Fournier as audit and finance chair.

For further information about SaskCanola board committees and external appointments, visit saskcanola.com/about/directors.php.

Save the date for July 9, 2019, when canolaPALOOZA returns to Saskatoon. The event brings the best research and agronomy extension experts from across the country into one field in Saskatchewan for a day of interactive, hands on, in-field learning where farmers and agronomists can move through stations and demos at their own pace. 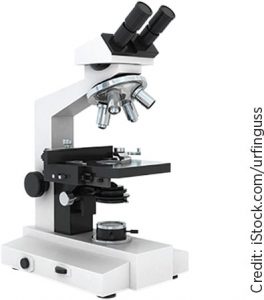 The Scientific Research and Experimental Development (SR&ED) is a federal government program designed to encourage research and development through tax-based incentives. SaskCanola invests a significant amount of the producer levy contributions in research to manage new challenges farmers face in their fields. As a result of the research investment, SaskCanola is able to participate in this program and the benefits are passed along to the producers. These tax credits can be claimed by filing form T2038(IND) for individuals or T2SCH31 for corporations.

In addition, farm corporations may claim a portion of their levy contributions as a qualifying expenditure towards the Saskatchewan Research and Development Tax Credit by filing form T2SCH403.

More information is available at saskcanola.com/research/taxcredit.

To commemorate SaskCanola’s 25th anniversary, we initiated the Canola Influencer Award to annually bestow upon a member of the agricultural community that has made significant contributions of knowledge, education and ongoing efforts to promote canola. This year, the SaskCanola board voted for Zenneth Faye to be the third recipient of this award.

Zenneth Faye was a driving force behind the establishment of SaskCanola. He served as a director of the Saskatchewan Canola Growers Association and was very involved in a number of program areas that benefited farmers including the Grow with Canola program. That program, which started with demonstration trials, ultimately led to the establishment of the agronomy team at Canola Council of Canada.

Zenneth was also instrumental in exploring alternative markets for canola and has been respectfully referred to as ‘Mr. Biodisel’ by some of his colleagues. He was a founding member of the Milligan Biotech plant which was the first commercial biodiesel plant in Canada.

Zenneth is a man of action with strong support from his wife Cindy, children Ambrely and Brittany and their families. He is a dedicated member of his community, known as a progressive farmer who is willing to investigate and try new ideas. He has been active on many community, provincial, and national boards and currently serves as a SaskBarley director. He is a lifetime member of the Saskatchewan Institute of Agrologists, a recipient of the Queen’s Diamond Jubilee medal, and an inductee of the Agriculture Hall of Fame.

It was SaskCanola’s distinct pleasure to recognize Zenneth’s accomplishments as we presented him with the Canola Influencer Award at our AGM on January 14. To honour Zenneth, SaskCanola made a donation to the Foam Lake Kids Sport Program (Zenneth’s charity of choice). Congratulations and thank-you Zenneth! 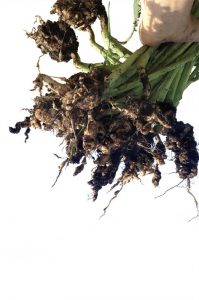 SaskCanola has committed $691,735 to support 8 new research projects funded under the Saskatchewan Agriculture Development Fund (ADF) in 2019. The project areas include: pre-breeding tools, sclerotinia and clubroot resistance, nutrient management, canola oil and meal utilization. Saskatchewan’s Minister of Agriculture, the Hon. David Marit, announced that the government will be investing $12 million into 44 crop-related ADF projects in 2019 at CropSphere on January 16.

Be in the know! For the latest canola news and information, subscribe to SaskCanola producer updates at saskcanola.com.