Three brains are better than one. Use a team approach to set business goals and outline the plan to achieve them. Business futurist Bob Treadway explains that effective teams have more collective experiences, generate more ideas, ask better questions and challenge each other. Teams are smarter than individuals.

Bob Treadway says survival in business depends not so much on being lucky enough to predict what will happen, but being broad-minded enough to forecast all the things that could happen. 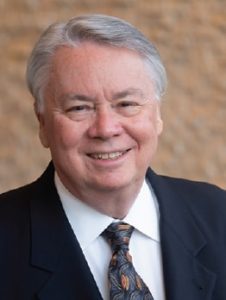 Bob Treadway recommends the daily email newsletters Quartz and Morning Brew to keep a pulse on business news and societal shifts. For all of his favourites, go to his website trendtalk.com and click “What/who we like” under the Insights tab.

“Do not try to predict. This is dangerous,” says Treadway, a futurist who runs strategy sessions on business planning and forecasting. Treadway says predicting is like taking a bet on an outcome. The better approach is to do as much as you can to reduce the gamble. That means trying to think of all the risks and opportunities facing the business over the near and long term, then working on ways to protect the farm from those risks and to participate in the opportunities. “You want to be able to see around corners and forecast the things that might profoundly affect the future of the business,” he says.

He recommends that anyone in business keep up with the news, listen to what consumers and influencers are saying, and use that information to see where business is going. How will demographics change food demand? How will the environment shift productivity here and in other countries? Will former Soviet Union countries start to produce crop in line with their potential? What is happening with biofuel consumption? Will anti-science protesters influence demand, regulation and policy? Are we entering a protectionist cycle? Is plant-based protein a fad or a trend? These are just some of the big questions that create risks or opportunities or both – “from risk comes opportunity” – for a farm business.

Treadway recommends that farms take time each year or a few times a year for a sit-down meeting to think about trends and the future direction of the business. This should be a team effort, he adds. “Teams are much better than individuals at seeing ahead,” he says. That’s because teams – effective teams – have more collective experiences, generate more ideas, ask better questions and challenge each other.

“Back when I first started in consulting and training I had the thought that groups, even ad hoc, possessed the combined ability beyond genius-level IQ. Of course the genius level has been debunked to a large extent, but in general, teams are smarter than individuals,” he says. “I used to demonstrate this by administering some short 10-question quizzes that had been developed by Mensa. They were screening tests for people who aspired to join the society. I never had a group of four or more people fail to get at least seven of the 10 answers correct.”

“You want to be able to see around corners and forecast the things that might profoundly affect the future of the business.”

Who is on the team?

Canola Digest asked Treadway for his definition of “team”. His answer: “I think any group of three or more people who bring some level of interest, commitment and especially independent opinion can be a team.”

For a farm, that would include a nucleus of owners and family members along with some outside help. “Multiple generations strengthen a team, in my opinion,” he says. “A diversity of viewpoints can be very useful.”

He describes a strategy session he once did with a family farm corporation in South Dakota. It was a team of 14: Four brothers and a brother-in-law were the nucleus. The mother of the four brothers was peripherally involved. A second generation of four sons was included along with the most essential employee Over a two-day period of discussions, they also added their accountant, attorney and a contact from the primary lender. Each appeared for specific discussions.

“That was one of the most robust teams I’ve worked with in a farming setting,” he says, and it gives an idea of who could be at the table. Daughters- and sons-in-law who are married into the business can also provide new ideas and insights. You might even include a neighbour.

“For one of my sessions, a couple brought along one of their neighbours who, despite being an abrasive guy to me, contributed some excellent perspective for their operation and the options they’ll face in the future. I think that’s a useful model,” Treadway says.

A team does not necessarily need to be a group with some pre-established power, like a board of directors, he says. “It’s a group brought together for the task of forecasting.”

Treadway says gathering a group for forecasting and business planning isn’t that complicated. “Do some advanced planning, discuss who might be invited, and set aside enough time for the process,” he says. “It’s often useful to have a guide or facilitator. You could hire someone or it could be a family friend or a mentor.” You just want someone to describe the objectives and keep the conversation somewhat on track and moving toward the meeting’s goal.

In his presentations, Treadway explains the idea of backcasting. As part of the business discussion, the team thinks of a big opportunity for the business and sets a lofty goal – say with a 10-year time horizon. Then it works back through all the steps, year by year and in reverse order, that will be needed to achieve that goal. That’s backcasting.

He uses the NASA first moon mission as an example. In the early 1960s, U.S. President John F. Kennedy said he wanted to have an American man on the moon by the end of the decade, which was a huge stretch goal. NASA then used backcasting to work backward through all the steps needed to achieve that goal, and it worked.

Some of the examples that came up in one of Treadway’s recent brainstorming backcasting exercises included goals for individual farms (“double profits on the same land base”), goals for a while ag sector (“double pulse processing and consumption in Canada”) and major game-changers (“what happens if we lose the use of glyphosate?”). With the goal to double Canadian pulse crop production and consumption by 2034, the group thought through all the steps required to get there, from consumer perceptions, restaurant menus, retailer shelf space, transportation, processing capacity, seed variety traits, on-farm profitability and agronomy challenges. The backcasting process works backward through these steps until you have a plan for what needs to happen this year, next year and each year for the next 10 years to make sure all of those steps can happen on time.

Treadway encourages farmers to take advantage of opportunities to expand their network and be active participants in leadership and business training opportunities. Look for ways to meet and connect with people from other businesses outside of agriculture or from a different agriculture sector. He says these experiences will enhance your value to a team and make connections with people who might participate in your own forecasting and backcasting team exercise.

The bottom line is to forecast challenges and opportunities, then to take actions that move the business in a direction that satisfies your goals and ambitions. Action directed by forecast is good business. Treadway describes this as the Noah principle, which he learned from Warren Buffet, chairman and CEO of Berkshire Hathaway. “Forecasting rain doesn’t count. Building arks does.” With a good team, you get a more accurate forecast and you build a better ark.