Our six panelists list the crops they grow and explain the decision to grow these crops and not other ones. We also asked about any recent changes to their crop list and the motivation behind that change. 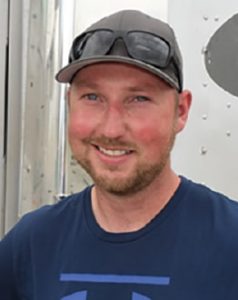 “I grow them all each year, but adjust acres based on profitability,” Friesen says. “I talk to other farmers and market analysts to gather realistic averages for yields, input cost and price forecasts, and work on a spreadsheet for each crop each year.”

Friesen’s motivation to grow so many crops is all about marketing advantages, he says. “We’re pushing into edible markets, like food-grade peas, edible beans and confectionary sunflowers. These are possibly higher risk, but the rewards are far better.”

“We’re seeding from April to June, and harvest starts early with peas, barley and ryegrass and ends late with sunflowers
and corn.”

Another benefit of a diverse rotation is that it spreads out the seeding and harvest seasons so they can do more with the same line of equipment. “We’re seeding from April to June, and harvest starts early with peas, barley and ryegrass and ends late with sunflowers and corn.”

The trickiest part of a diverse rotation is herbicide rotation and residuals. Friesen has to keep excellent records and keep in mind what crops are sensitive to what herbicides. “If it was a dry year, there will be certain crops I shouldn’t grow on certain fields,” he says.

With his rotation, he ends up with at least a three-year break between canola crops, which would be good for disease management, except he has to keep in mind that sunflowers are also susceptible to some of the same diseases.

With experience growing so many crops, Friesen has the knowledge and confidence to grow whatever crops show the most promise in any given year. “I’m not afraid of a little extra work in planning if it means more profitability for the farm,” he says. 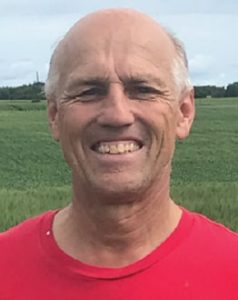 “Disease is the main reason for this rotation,” he says. Cereal on cereal often means more leaf disease. Canola on canola is a risk for blackleg and now clubroot. “I’m hoping the longer break every second time I grow canola is enough to let the diseased residue break down.”

Peas are at risk from aphanomyces, so the five-year break helps. The pulse crop in rotation, even if only one year in six, allows for the longer break for canola. He also likes the other benefits that a pulse crop provides.

“Peas are so good for the soil, they fix their own nitrogen and they mature earlier,” Fournier says. But peas also have their challenges, which is why he’ll try a quarter section of fababeans this year.

“With fababeans, we give up the earlier maturity of peas, but they’re not a host of aphanomyces, and the fababean crops in my area in 2019 went through a snow fall and stood up.” Fournier’s peas didn’t stand up and had fairly bad disease in some of the wetter areas. As a result, his peas in 2019 yielded 40 per cent of what they normally do.

Flax and barley are other crops he could use to expand his rotation. “We want to have a cereal every second year, so barley would be easy to put in,” he says. As for flax, he says the 2019 flax harvest was really difficult for growers in his area. “Canola volunteers are also a challenge in flax, and these volunteers are hosts for clubroot – which means you lose the benefit of the rotation for clubroot management.”

For canola, Fournier rotates between Roundup Ready and Liberty Link herbicide tolerance systems. He says clubroot and blackleg resistance “are a must.” He will also put a priority on maturity this year. “We’ve had four consecutive challenging harvests with last year probably the most difficult. Sometimes chasing that last couple of bushels isn’t worth the risk,” he says. He also likes the pod shatter resistance trait. “At the very least, it widens the swathing window and allows us to delay swathing to give us more seed colour change and hopefully more yield.” 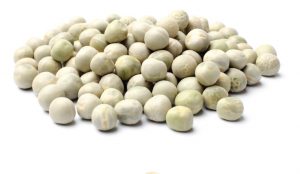 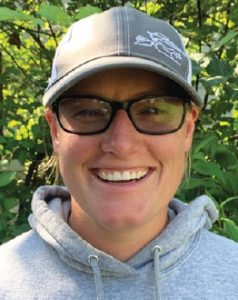 “In a perfect world, I’d have the acres divided evenly among those four crops, but some of our fields are not suited to peas because of weeds and rocks, and the breakeven price for peas is nowhere near the market price right now.”

“In a perfect world, I’d have the acres divided evenly among those four crops, but some of our fields are not suited to peas because of weeds and rocks, and the breakeven price for peas is nowhere near the market price right now,” Parker says.

Even so, she does consider the benefits that peas provide to the whole rotation when making final decisions. “Peas do improve protein for the following hard red spring crop,” she says.

Peas and malt barley are relatively new additions to the farm, both added around 2014 or 2015. They had been growing feed barley, but the malt varieties – they grow Copeland and Synergy – have very good yield potential and Parker’s barley has been selected for malt four of the past five years.

“Even if the barley doesn’t make malt, the varieties are so good that they still do well in the feed market.”

An important trait for canola, now that the farm straight combines 100 per cent of its canola, is “definitely pod shatter resistance,” Parker says. Varieties they’re considering for 2020 are from a few brands. 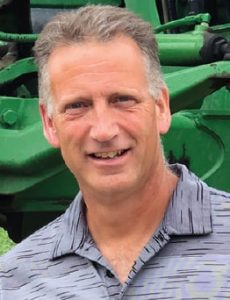 Roger Chevraux grows canola, barley and hard red spring wheat. “The only change I make each year is to alternate the number of acres for each crop,” he says. “Generally I try for a two-year break between canola crops on a field, but it doesn’t always happen.”

He grows malt barley under contract and contract acres each year don’t always cover one third of the farm.

“I like to keep the rotation simple. I know these three crops and have a good understanding of how to grow them,” Chevraux says.

“Sometimes when I hear all the buzz about what crops I should grow, I do the opposite.”

He says he’s maxed out on the number of acres he can handle with his current line of equipment, and he doesn’t want any extra challenges in the spring – such as having to switch crops – that can slow the seeding progress. “If I have to change over the drill to seed a different crop, I can lose half a day.”

He has tried peas, but with the high seeding rate he wasn’t getting the number of acres done in a day that he needed to. “They also go flat and can be a challenge to harvest,” he says. Lots of people are getting into fababeans, he adds, but for him that’s a reason not to. “Sometimes when I hear all the buzz about what crops I should grow, I do the opposite.”

For canola, Chevraux chooses clubroot resistance and usually Liberty Link to add another group to the rotation for weed resistance prevention. “Since I seed my canola last, I also look for an early maturity variety,” he says. 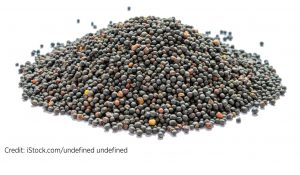 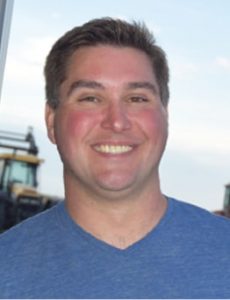 “We always try to keep a pulse in the rotation, but we recently dropped lentils and may drop peas in 2020,” he says.

“I’m not happy with the latest variety we tried. It didn’t stand up as advertised. So I might take a year off peas.”

Eliason’s farm has a mix of irrigated and dryland fields. Fababeans are not great in dryland, he says, which is unfortunate because he likes crops that perform well in both situations. But peas aren’t doing that for him either lately. “I’m not happy with the latest variety we tried. It didn’t stand up as advertised,” he says. “So I might take a year off peas.”

He has been growing Pasteur spring wheat, a variety with very good lodging resistance, high yield potential, and low protein for the feed market and some specialty food market opportunities. He looks forward to a new high protein hard red variety that can beat AAC Brandon, but he says that’s still a year or two away.

Eliason grew flax in 2019 after a long break from the crop. Results were “not bad,” he says. It grows well in dryland and irrigated situations and leaves some trash behind, which is what he wants. He’ll grow flax again in 2020.

His canola varieties include Roundup Ready with a rotation of Liberty Link every second time canola is grown on a field. “So kind of a six-year herbicide rotation,” he says. 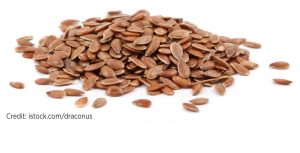 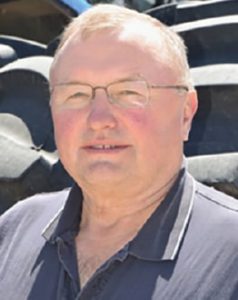 “I would like to have three crops, but I need something suited to the climate and that is marketable in the area,” he says.

“I would like to have three crops, but I need something suited to the climate and that is marketable in the area.”

Sandborn’s farm is in the Duck Mountains and with a lot of rolling hills, a cooler climate and heavier soils. These factors make soybeans a challenge. “With a damp fall and our clay soils, you can’t run a header along the ground because it will get stuck in the mud.” For pulses in general, the investment in headers just isn’t worth it for him, he says.

He used to grow barley but stopped after BSE reduced the local feed market in the 2000s. Now feed barley has to go to mills in Brandon or Winnipeg, with transportation reducing the profitability of the crop. “We never make malt in the area,” he adds. “We’d be pleased to get selected for malt once every 20 years.” He also says the older barley varieties used to yield more, in his experience, than the new ones. “Now barley can’t outyield wheat.”

Speaking of wheat, Sandborn’s favourite variety Domain will be dropped from the CWRS class as of August 1, 2021, so he will have to find another variety. “Domain has been a great variety for this area – it matures earlier, stands up well and has good yield and protein,” he says. “I have been trying a couple other CWRS varieties over the past two years to find a replacement. Unfortunately these varieties are four to five days later ripening than Domain.”

He has also been going to a few presentations on flax, but he’s still not convinced to go back to that crop. “I quit growing flax in the late ‘90s because I couldn’t get any yield,” he says. “Our climate is just not conducive.”

For canola, Sandborn rotates Roundup Ready and Liberty Link varieties. He swaths all his canola, but will buy some with the pod shatter trait so he can leave it to cut later. “Sometimes you have to change your combine settings with pod shatter varieties, especially if conditions are cool and damp, to get them to thresh out.”