Global demand for plant-based oil and protein meal keeps growing, and Canadian canola has a good fit within these markets – as long as market access remains open.

Global demand for vegetable oil and plant-based protein sources remains strong. Meanwhile, global canola market share is declining, and potential for increased protectionism presents a risk for Canadian canola exports. This article will provide a brief glimpse into these topics.

First, some facts on yield. Canadian canola yields averaged 40.1 bu./.ac. in 2020, which was the lowest for the past five years. The Canola Council of Canada (CCC) goal of 52 bu./ac. average yields by 2025 is getting farther away while the years click along, yet CCC agronomy director Clint Jurke believes that yields could improve by 25 per cent over the next five years.

That’s because canola yields are showing healthy signs of growth. Despite flat results for the past five years, the average of 41.1 bu./ac. for 2016-20 represents a large jump from the average of 35.3 bu./ac. for 2011-15. Results for the past five years are also more consistent – the range of 40.1 to 42.3 through that period compares favourably to the range of 27.9 to 40.2 for 2011-15. This recent stretch of fairly consistent results, despite some poor growing conditions, suggests improved resiliency from genetics and agronomic practices. “This should prepare the crop for another threshold leap over the next five years,” Jurke says.

An extensive canola grower survey, conducted in Saskatchewan, Alberta and Manitoba in late 2020, will help identify those productivity challenges that are having the biggest effect on yield and profitability. Results from the survey should help Canadian canola growers identify pathways to improve on both counts, and help Canada reach its canola market potential.

“In the years ahead, the prospective slowing down of the palm oil production growth will require more investments in increasing plantings and yields of soybeans, sunflowerseed, canola and rapeseed.”
–Thomas Mielke

The Canadian canola industry yield goal was launched in 2014 based on trends pointing to a potential market for 26 million tonnes of Canadian canola by 2025. Global demand for oilseeds still supports this market projection, helped along by increased interest in biofuels and plant-based proteins.

Global vegetable meal demand growth suffered a blip recently, but this is correcting. To specify, Thomas Mielke, executive director of ISTA Mielke and publisher of Oil World, says Chinese pork production is back on track after a major African swine fever outbreak in 2018-19. The result is a rebound in global demand for vegetable meal. Demand for vegetable oil also continues strong. This is why global productivity challenges for oil and meal crops in 2020 in many parts of the world, including Canada, resulted in tight supplies and a rise in prices over the past few months.

Looking more closely at supply and demand trends reveals a throwing-down-of-the-gauntlet for canola. Can Canada and other canola/rapeseed producing regions regain market share lost to soybeans? Mielke says the big picture shows that global dependence on soybean oil and meal is increasing due to insufficient supplies of other oilseeds. “During the past five years, soybeans accounted for 77 per cent of the increase in world crushings of all oilseeds,” he says. (See the graph.) “In the years ahead, the prospective slowing down of the palm oil production growth will require more investments in increasing plantings and yields of soybeans, sunflowerseed, canola and rapeseed.”

That will require a reversal of trends. Canadian canola production peaked at 21.5 million tonnes in 2017 and has been declining since then. European Union rapeseed production is also down. Stephan Arens, managing director of the Union for promotion of oil and protein plants (UFOP) in Germany, says challenges to rapeseed area and productivity in the EU include a recent drought as well as policies restricting genetically-modified plants, possible regulations on nitrogen use and expanded bans on pesticide products. Neonicotinoid seed treatments are banned, making flea beetle management more difficult, and glyphosate is now up for discussion. “There are lots of challenges for Germany’s crop production, not only for rapeseed,” Arens says.

“Canada must be able to demonstrate that our exports meet the requirements of importing countries. We have to develop strategies to make sure we remain compliant.”
–Kathleen Donohue

One EU policy that has helped Canadian canola exports is the biofuels mandate. The EU bought 2.1 million tonnes of Canadian canola seed in 2019-20, making it the fourth biggest export market for Canadian canola, after the U.S., China and Japan.

Chris Vervaet, executive director of the Canadian Oilseed Processors Association, says a “biofuel renaissance” is underway in the U.S., led by California’s Low Carbon Fuel Standard. Vervaet expects to see “explosive growth” in renewable diesel production capacity in the U.S. in the near future, but notes that Canadian canola does not have competitive access to the U.S. renewable diesel market at this time. “A priority is to work with the U.S. government to approve a pathway so we can take advantage of this surge in demand for renewable diesel,” he says.

Meanwhile, demand from the domestic Canadian biofuels market has potential to increase dramatically, and could demand another two million tonnes of canola oil per year by 2030. On January 1, 2021, Manitoba increased its biodiesel mandate to 3.5 per cent of all diesel, up from two per cent.

It will rise again to five per cent on January 1, 2022. Canada’s Clean Fuel Standard, which is not yet finalized, could further enhance the domestic market for canola-based biodiesel. (Read more in the November 2020 Canola Digest article, “Biofuel standard could increase domestic canola demand”.)

On the EU market front, Stephan Arens says EU usage of canola/rapeseed oil had stabilized, but following the EU-commission’s decision to phase out the use of critical palm oil, “there is more market potential for canola/rapeseed oil in European biofuels”. 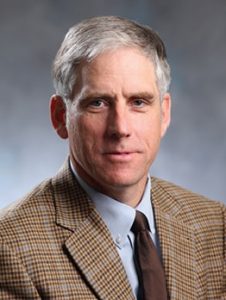 “We’re calling on the federal government to bolster support for market access activities, especially for the Asian market,” says Jim Everson, president of the Canola Council of Canada.

Jim Everson, president of the Canola Council of Canada, says increased protectionism around the world – where more regulations are being put in place to protect domestic consumers, plants and animals – could present big challenges for Canadian canola exports. “We’re calling on the federal government to bolster support for market access activities, especially for the Asian market,” Everson says. 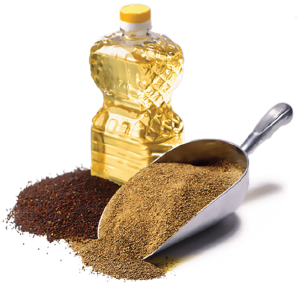 Canada exports over 90 per cent of its canola seed, oil and meal production, and Canada is the only major exporter of canola or rapeseed. According to USDA statistics, Canada accounts for about two thirds of all canola meal, canola oil and canola seed exports each year. All others are lumped into “other”. Within this “other” category, Australia and Ukraine are neck and neck for second place, but Australia’s rather large 2020 crop was 3.7 million tonnes – which is quite a bit less than Canada’s 18.7 million tonnes. What this means is that Canadian farmers are more vulnerable than anyone when it comes to policies that restrict canola trade.

Brian Innes, vice president of public affairs for the Canola Council of Canada, says barriers to watch in 2021 are China’s current blockages, a U.S. decision on Canadian canola access to its renewable diesel market, and EU decisions on soil carbon sequestration requirements, pesticide residue limits and traits such as Optimum Gly, a new glyphosate-resistant option.

Kathleen Donohue, director general for Agriculture and Agri-Food Canada, says more countries are modernizing their frameworks on how to regulate products of gene editing. In April 2021, the EU will release a study on the effect of current regulations on EU productivity. “I anticipate that the study will have a significant impact on the global landscape for gene-edited products,” Donohue says.

Ultimately, Canadian canola growers need to know what their customers want and how policies are changing in these markets. “Canada must be able to demonstrate that our exports meet the requirements of importing countries,” Donohue says. “We have to develop strategies to make sure we remain compliant.”

The Keep It Clean program keeps up with possible trade-limiting issues with regard to genetic traits, pesticide residues and crop diseases. Read “Five simple tips to keep your canola ready for market” at keepitclean.ca.