The principles of Right fertilizer source applied at the Right place, Right time and Right rate – the 4Rs – improve nutrient use efficiency and are a Canola Council of Canada priority. How do these farmer panelists follow 4R on their farms? 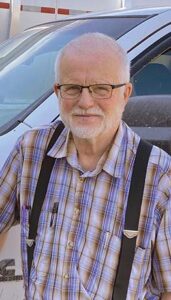 Leonard Waldner farms in sandy soils of the Souris River valley, traditionally one of the drier parts of Manitoba. “We’ve been following 4R nutrient management,” says the farm manager at Maple Grove Colony. One 4R challenge for 2022, with the prospect for another dry year and with high fertilizer prices, will be the right rate.

“We may put on half rates at the time of seeding this year and see what the weather does,” Waldner says. “We’ll add the other half if we get moisture.”

The colony uses a 60-foot Great Plains planter rigged to apply liquid fertilizer, which Waldner says is the right product option for plant safety in their soils. For right place, the planter dribble-bands fertilizer near the seed “so we don’t feed the weeds,” Waldner says.

One challenge with liquid fertilizer on a planter is the potential maintenance disaster if a hose breaks. “I counted 14 bearings on each planting unit. If we get plugged nozzles and the pressure causes fertilizer hoses to break, we need to clean off the fertilizer right away,” he says. Otherwise the corrosion in all of those moving parts can cause bigger maintenance problems.

For right place, the planter dribble-bands fertilizer near the seed “so we don’t feed the weeds.” 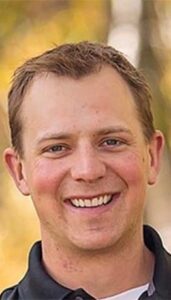 Brett Jans was an agronomist with Crop Management Network before going back to the farm full time. He left just before becoming a certified 4R agronomist, but he had all of the qualifications. “From what I learned, we’re already following a lot of the 4R protocols on our farm,” he says. “I’d say most farmers across Western Canada are generally following 4R.”

Applying fertilizer at the time of seeding, with placement in a deeper band separate from the seed row, is a common practice in Jans’s area. “Most don’t broadcast,” he says. This single-pass operation achieves 4R objectives for right time and right place. Any common fertilizer product applied in that system would qualify as right source. And as for right rate, Jans’s experience on the retail side would suggest that most farmers do not over apply.

Jans uses ESN for part of his nitrogen supply for canola and wheat. In 2022, he plans to put straight urea in the side band and then split ESN, the polymer-coated urea, between side band and seed row placement. ESN is safer in the seed row than any other nitrogen source. It can reduce nitrogen losses (but losses from a band are low anyway, Jans says). It also has a slower release into the soil solution, providing a source of later-season nitrogen to canola and wheat. ESN also flows better – “It isn’t affected by moisture and doesn’t bridge,” he says.

Ultimately, Jans follows 4R practices because fertilizer is a major input expense and he wants to use it as efficiently as possible.

“From what I learned, we’re already following a lot of the 4R protocols on our farm. I’d say most farmers across Western Canada are generally following 4R.” 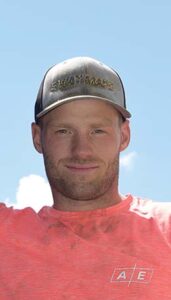 Codie Nagy has been following 4R practices for years. Even though 4R nutrient management has environmental benefits from reduced losses, Nagy says the economic benefits are a clear motivator. “We’re not over-applying fertilizer and we’re using it most efficiently,” he says.

Nagy works with an agronomist to build variable-rate (VR) fertilizer maps, which is an advanced 4R practice. They have a one-pass system, applying all fertilizer (except sulphur) and seed at the same time with a VR-equipped Bourgault drill with mid-row banders. By placing nitrogen away from the seed row, in a 3”-deep band at the time of seeding, Nagy follows recommended practices for Right place and Right time.

Nagy says one challenge can be logistics, which is why he broadcasts elemental sulphur in the fall. That is one product that can be broadcast in the fall and still comply with 4R. “If we had to replace that with ammonium sulphate applied in the spring, it would add a logistical challenge to our one-pass system,” he says.

“We’re not over-applying fertilizer and we’re using it most efficiently.” 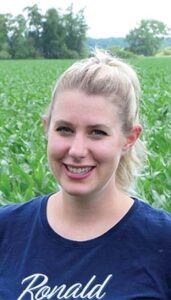 Nicolea Dow says 4R is top of mind for a lot of their farm decisions. Their 4R nutrient management starts with soil testing to set the right rate. “We test every field every year, and we do it ourselves,” Dow says. By doing their own tests, they can fine-tune where to collect the samples in case they want to target specific landscape positions within a field.

Their preferred nitrogen source is anhydrous ammonia. “This is the most efficient form of nitrogen,” Dow says. “We added the applicator kit to our airseeder and we’re all trained to work with it.”

While their 4R system is efficient in terms of reducing losses, it does create some logistical challenges. “It does make seeding more intense. We need an extra body to run the fertilizer truck, and we have have to stop the airseeder more frequently to fill,” she says. “But we stick with it because we know it’s the best decision for our crops and for our land.”

“Applying 100 per cent of fertilizer as spring banded is unique in our area, but it avoids the loss that results from fall application. Banding also provides a 10 per cent increase in efficiency over broadcast application in the spring.” 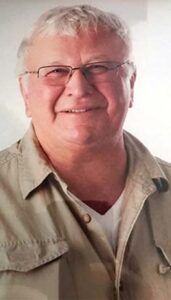 If Roland Crowe were to start his farming career all over again, he says he would be more into the 4R program. “I understand the principles,” he says, but notes that fertilizer was not always a major part of their farming program.

Piapot First Nation is on the fertile lands of the Qu’Appelle River Valley. It also has another large block of land near Avonlea, which it received in the 1980s to make good on unfulfilled treaty land entitlements. “In the beginning, we didn’t want to lease our land to anyone using chemicals or fertilizer, and we lost big time,” he says.

Crowe sees now how 4R nutrient management is a good strategy to maintain the productivity of the land. “For soil nutrients, you need to put back what you take out, otherwise you eventually have nothing.”

Crowe likes the approach of focusing on areas under the most stress, like hill tops. “Look at the yield monitor to see where yields are low and then find out what is missing,” he says. “Monitor the variability in fields and help those areas that need it the most.”

“For soil nutrients, you need to put back what you take out, otherwise you eventually have nothing.” 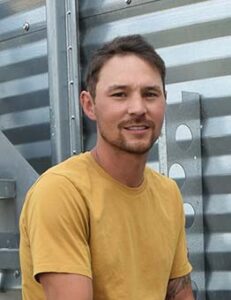 At Nakamura Farms, the 4R principles of right rate, source, time and place are all considerations when deciding how to fertilize their crops. “They help us manage bottom-line costs and save money by making efficient use of inputs, which is especially important with the cost of fertilizer today,” Nakamura says.

Soil tests are a first step. “The best way to get accurate data is through intensive soil testing, which allows us to have a better understanding of a specific field,” Nakamura says. “This will give you current soil fertility status, soil types, organic matter content, salt content, pH and any other variables of your soil that influence your fertilizing decisions.”

With irrigation on a large portion of their land, the Nakamuras can add fertilizer to the water – “fertigation” – to refine the right rate and right time throughout the growing season. This is particularly effective once the crop rows close and they are no longer able to apply fertilizer with a tractor without trampling crop. “Fertigation takes a ‘spoon feeding’ approach,” Nakamura says. “This allows us to supplement crop needs based on leaf samples and soil samples of the crop.”

Nakamura uses crop nutrient uptake cycles to make better decisions on timing. For hybrid canola seed growers in a typically hot and dry region, these in-season applications can be particularly helpful. “For example, I can add boron to my canola based on soil tests to influence flowering for better pollination and therefore better seed development and yield,” he says. For placement, Nakamura aims to incorporate fertilizer into the root zone as quickly as possible to prevent losses from gassing off. “This can be done mechanically with tillage, or it can be watered in with rain or irrigation. Fertilizer banding also gets the job done,” he says.

The Nakamuras use a few different fertilizer sources, including manure. “Generally, we like to put down organic fertilizers – manure – in the fall periods and use synthetic in the spring, but that’s not always the case. We use a blend to get the benefits of both,” he says. “The slow-release nitrogen fertilizers are helpful when trying to match fertilizer uptake to crop demand.”

“Fertigation takes a ‘spoon feeding’ approach. This allows us to supplement crop needs based on leaf samples and soil samples of the crop.”