Ned Bell, chef and owner of the Naramata Inn, is honoured to receive the Canola Award of Excellence.

Each year, the Canola Award of Excellence is presented to an individual or organization recognizing their contributions to the sustained growth and prosperity of Manitoba’s canola industry. Ned Bell, owner and chef at the Naramata Inn near Penticton, B.C., was awarded the 2022 Canola Award of Excellence in February for his active role in promoting canola oil in the kitchen and his long-time commitment to supporting farmers across Canada.

“Canola farmers, and those of us who support them, are so grateful for advocates like Ned,” says Delaney Ross Burtnack, executive director of Manitoba Canola Growers Association. “His commitment to sharing the real story of farming in Canada, and particularly coming to the aid of canola farmers when their biggest market was threatened in recent years, demonstrates his selfless commitment to building a better network of understanding and support for Canadian farmers. Ned is in good company among the people who have gone above and beyond for canola farmers, and I’m thrilled we can do something to recognize Ned for his efforts.”

Ned has been using and promoting canola oil in the kitchen throughout his career as a chef, keynote speaker and educator. His primary advocacy work has been supporting the long-term health of the world’s oceans, lakes and rivers. This work extended inland throughout his career as he also became a champion for Canadian farmers and their stewardship. His love for tasty food and his pledge to choose Canadian ingredients inspires him to celebrate, advocate and educate consumers about sustainable farming and fishing.

Ned has been engaged with canola farmers for years. He has worked closely with Canola Eat Well as a canola ambassador and guest chef at numerous events and workshops, promoting the versatility and functionality of canola oil across the country.

“What an honour. I’m incredibly grateful to be recognized with the Canola Award of Excellence. It is truly my pleasure to be able to celebrate farmers, and work with them from coast to coast,” says Ned. “I have worked with Canola Eat Well for years, and I love canola oil – it is one of my favourite ingredients in many of my dishes. Farmers help me to be able to make things tasty and in doing so, celebrate our region, celebrate our communities, and celebrate Canada. At the end of the day, I’m one of the lucky ones because I get to do what I love, and I couldn’t do it without canola farmers.”

Manitoba Canola Growers would like to thank Ned for his active role in promoting canola oil in the kitchen, advocating and educating consumers and contributing to the sustained growth and prosperity of Manitoba’s canola industry. 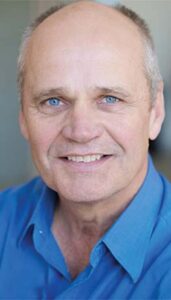 Election Results Are In

Results of the Manitoba Canola Growers (MCGA) election of directors were announced following an election that saw five candidates running for four positions.

Thank you to the candidates who put their name forward and congratulations to this year’s successful farmers.

“We are excited to share that more than 1,000 members submitted their vote to determine the future direction of the MCGA board,” says Delaney Ross Burtnack, MCGA executive director. “We welcome back our incumbent directors, and look forward to having two new directors at the table. It is great to see that our members share MCGA’s goal to see diversification of farmers on our board, and the perspectives they bring on important canola issues.”

MCGA holds an election every two years, with four positions up for election each time. Members have the option to vote by mail-in or electronic ballot using a preferential voting system, allowing members to rank the candidates in order of preference. Please refer to the MCGA website at CanolaGrowers.com for detailed tabulation results.

MCGA’s commitment to engage with farmers goes beyond the board. The election process has allowed the team to meet more members and expand the network of strong farm leaders helping to guide the future of MCGA. If you are interested in engaging with MCGA, please reach out to explore ways we can work together.

The new Manitoba Farmer Wellness Program (MFWP), announced in January 2022, will provide free one-on-one counselling sessions for farmers. Farmers and their immediate family members can access six confidential one-hour sessions with a registered and skilled counsellor who has a background in agriculture. Services are available during the day, evenings or on weekends, and can be in person, by telephone or video chat, depending on the farmer’s preference. MFWP was established in October 2021 and provides its counselling service with funding from the agriculture community. To book an appointment or learn more about the program, visit manitobafarmerwellness.ca, email info@manitobafarmerwellness.ca or call 204-232-0574.