Genetic advances in canola oil and meal have created traits that should broaden end-use demand as Western Canadian production climbs.

OMEGA-3
Cargill, in collaboration with BASF, has developed an omega-3-rich canola whose oil could give aquaculture farmers a more sustainable way to raise fish and ease harvest pressure on wild fish populations.

“This is a project that we’ve been working on now for seven years and are eagerly anticipating rollout in the coming years,” says company vice-president of market development, Willie Loh.

For more insight into the specialty oil market, search for the article “Why Jack in the Box uses canola oil” at canoladigest.ca.

Cargill is also taking care to prevent any cross-contamination.

As a genetically-engineered crop, omega-3 canola requires very responsible stewardship, and Cargill is ideally positioned to maintain a controlled system, he says.

“The advantages we have in Cargill are: one, we started the whole closed-loop production system with high-oleic canola, and two, we have managed identity-preserved production of multiple specialty trait crops for 20-plus years,” Loh says. “We will own the responsibility of the supply chain, which is something we take seriously.”

Another player in omega-3 canola is Nuseed. They, in collaboration with the Commonwealth Scientific and Industrial Research Organisation (CSIRO) and Australia’s Grains Research and Development Corporation (GRDC), developed canola seed with an oil profile that includes long-chain omega-3 fatty acids DHA, EPA and docosapentaenoic acid (DPA).

The DHA-rich omega-3 oil will be used as a critical ingredient in aquaculture feed and in human nutrition, with anticipated commercial availability in 2018 or 2019. With an excellent harvest of 3,000 acres of their omega-3 canola grown under the stewardship of the USDA notification process, Nuseed’s pre-commercialization progress is on track, says Andy Thomas, Nuseed’s general manager.

Thomas notes most people don’t consume the amount of omega-3 recommended by the World Health Organisation. Nuseed reports only 17 per cent of the world population consumes recommended levels of omega-3, with consumption lowest in the most prosperous nations.

A seed-based solution to supply this market will take some pressure off wild fish stocks. One hectare of this canola can potentially provide the omega-3 oil yield equivalent to 10,000 kilograms of the forage fish important to maintaining a healthy ocean environment, Nuseed says.

Thomas expects the new trait to expand acres and calls it good for the ag industry and canola sector, with North American and Australian growers and markets benefitting.

“We would expect that it ends up being expansionary to the amount of canola being grown, and providing an additional source of sustainable omega-3 oil to the market,” he says, adding the product will be grown in a traceable closed-loop grain-handling and oil-processing system.

Dow AgroSciences has also done work in the omega-3 area, with a published study last year revealing its progress in EPA- and DHA-producing canola plants.

But with Dow Chemical and DuPont’s recent official merger to form DowDuPont, the company isn’t revealing much as it reformulates longer-term strategies around new traits.

LOWER SATURATES
This year marked the first in which Cargill saw its low-saturated, high-oleic canola produced in Canada. 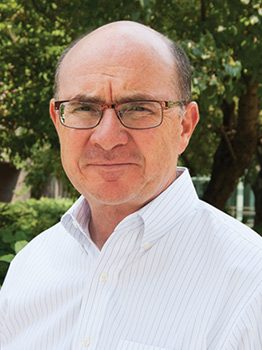 “ProPound gives canola an opportunity it never had before.”
—Dave Dzisiak

By the end of this season, Cargill will have a very good idea about how aggressively it can push out its low-saturated, high-oleic canola commercially, and where it can grow, he says.

“The expectation is that we will gradually increase our acreage and gradually displace what I think of as our first generation of high-oleic canolas,” Loh says. “Within five years, if you’re going to buy high-oleic canola from Cargill, it’s going to be lower in saturated fats.”

Cargill limited the saturated fat level to around 4.5 per cent – versus seven to 7.5 per cent in standard canola – with oleic levels limited to 70 per cent to satisfy its intended quick-serve restaurant market.

He anticipates ongoing good demand and growth across the food industries and trends around healthy snacking, creating a need for healthier, high-stability oils.

“Within five years, if you’re going to buy high-oleic canola from Cargill, it’s going to be lower in saturated fats.”
—Willie Loh

Nutritional advantages of omega-9 oils have resulted in over 1.5 billion pounds of trans and saturated fats removed from North American diets, Dzisiak notes.

Food brands like Frito-Lay, Boston Pizza, KFC and Jack in the Box, among others, have already switched to omega-9 oils, the company says.

“From that, we’ll be starting to go into customer development activities,” he adds.

ProPound is an advanced canola meal aimed at displacing soybean meal in poultry and swine diets, and has been years in the making.

Large and growing canola production in Canada and expanding crush levels has saturated the North American dairy market with canola meal, says Dzisiak. ProPound will allow for new markets to open beyond what’s been the traditional home for most canola meal.

“It gives canola an opportunity it never had before,” Dzisiak says. “It opens up a very large market – markets that are closer to home and easier to serve instead of having to send it to California.”

Feeding trials demonstrated ProPound’s ability to totally replace soybean meal in monogastric feed rations, he adds. Its higher protein levels – about 44 per cent, which is comparable to soybean meal and above conventional canola meal’s 37 per cent – and reduced fibre components make ProPound canola meal more digestible for poultry and swine.

The company projects ProPound will see canola meal go from only a moderately-used ingredient in monogastric animal feeds to “very widely used at high inclusion levels.” And that’s how canola meal will become a true competitive substitute to soybean meal.

“In the course of the next number of years, we’ll begin to ramp up and expand that platform,” Dzisiak says, adding a big part of the process in determining the speed of its introduction will be the merger.