The Canola Council of Canada is spreading the word about canola meal benefits throughout the U.S., China and Southeast Asia.

Canola meal demand continued strong through 2018-19 and is getting stronger, helped by a program that demonstrates and raises awareness of canola meal’s value with animal nutritionists and feed companies. Canola Council of Canada (CCC) staff are finishing up another year of relationship building, presentations and more to expand existing markets in Asia and beyond. These activities have included market visits, along with the creation and distribution of valuable new resources.

In addition, the latest 2019 CCC Dairy Canola Meal Feed Guide was ready in June, and distributed to 550 dairy professionals at the Four State Dairy Conference in Iowa. “The new Guide captures the results of the Canola Science Cluster research program carried out over the past five years,” notes Dyck, “and highlights canola meal as a superior protein source.”

A 2019 version of the Dairy Canola Meal Feed Guide is now available on Canolamazing.com and was distributed to 550 dairy professionals at the Four State Dairy Conference in Dubuque Iowa on June 12. This conference draws attendees from Minnesota, Wisconsin, Iowa and Illinois. The new Dairy Feed Guide captures the results of the Canola Science Cluster research program carried out over the past five years. It highlights canola meal as a superior protein source compared to other available protein ingredients.

Dyck says that the idea of using canola meal in dairy rations in China is still quite new, mostly due to a misconception that canola meal will negatively affect milk quality. She and her colleagues will continue to address this in various ways. In mid-July, the CCC’s meal representative in China attended the China Dairy Expo and Conference in Tianjin, connecting with China’s largest dairies, a major processor and key dairy academics and again distributing the 2019 Guide – but a Mandarin-language version. For next year and beyond, a deepening of existing CCC’s Chinese dairy industry connections is planned. 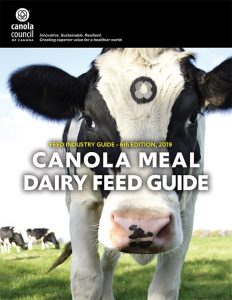 In 2019, Canola meal sales to Vietnam jumped and Thailand returned as a valuable market. In Thailand, canola meal is used mostly for poultry feed and a bit of aquaculture (there is no real dairy industry there).

In March, staff from CCC, Canadian Canola Growers Association and the Trade Commission Service-Embassy of Canada were in Thailand and Vietnam, highlighting the nutritional value of canola meal for use in feeding various livestock species.

Activities in Thailand focused around meetings with feed companies, particularly with CP Group, the largest feed company in Thailand with reach into other Asian countries. Additional engagement with CP Group has occurred through the summer with a potential visit by CP traders to Canada this November. Meetings were also held with academics from the local Kasetsart University to begin discussions on how canola meal is perceived and utilized within the animal nutrition community.

In Vietnam, among other activities, CCC hosted a seminar in Ho Chi Minh City. In a survey after the seminar, two-thirds of attendees agreed that what they learned in the presentation will change how they’ll use canola meal in their livestock and aquaculture rations.

“We always do similar surveys and it’s gratifying to know that we are changing perceptions of canola meal for the better.”

—Brittany Dyck, on surveys done at the end of canola meal presentations.

“We always do similar surveys and it’s gratifying to know that we are changing perceptions of canola meal for the better,” says Dyck. “There is often a view that canola meal has a level of glucosinolate similar to that of rapeseed meal, so nutritionists in these countries might be using five per cent canola meal in a pig diet for example, and we show them data where pigs perform very well at 20 per cent. For the dairy industry in Vietnam, we highlighted data showing the boosted milk production that always results from feeding dairy cattle Canadian canola meal.” 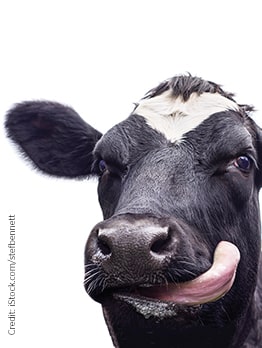 Dyck notes that because traditional rapeseed meal is readily available as a feed ingredient in Asia, nutritionists need to feel confident that they are sourcing canola meal. It’s very helpful however that Canada does not export any rapeseed meal and therefore, all Canadian canola meal is guaranteed to be just that, and to provide all the benefits shown in research studies. SaskCanola is currently funding research to develop a free tool that will be used by feed mills to differentiate in real-time between canola meal and rapeseed meal. This tool will be distributed as soon as it’s ready.