We asked our six panelists to share something about their farm and their business philosophy they think consumers need to know. 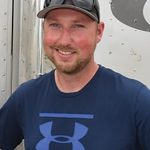 Landon Friesen wants people to know that he has nothing to hide. He has an open invite, in the form of a road sign, to anyone who wants to ‘come for a ride’ with him in the field, to talk farming and food production. So far, one person has taken him up on the offer.

“He was an older guy, just driving by, going to visit his kids. He isn’t from a farm and had a lot of questions about production and storage,” Friesen says.

Friesen would be happy to host more people on his farm, but he’s two hours from Winnipeg. Even so, he thinks a little road-side advertising helps to engage, even in a small way.

“If we can engage one on one, that’s good. I’m not sure social media works that well. We’re often speaking to the choir.”

He had a sunflower field along the highway this year and people would often stop to take pictures. “It would have been good to put up a sign by the field saying where the harvested crop would go, and how a person could buy the product,” Friesen says. He might try that next year.

Friesen is on the board for Ag in the Classroom, which fits with his philosophy that face to face engagement with regular customers – young and old – is the best approach. “If we can engage one on one, that’s good,” he says. “I’m not sure social media works that well. We’re often speaking to the choir.”

In September, a contact with a local equipment company connected Friesen with Trans Canada Brewing Company in Winnipeg. They came out and bought a small batch of malting barley, and the beer made from that barley will have a picture of his farm on the can. What’s the next step? “Maybe I can sell my black beans to a Mexican restaurant in Winnipeg and they can advertise locally-sourced beans on the menu.”

Ultimately, he says consumers need to know that “we’re trying our hardest to produce safe food, and it’s a lot safer than you might think.” 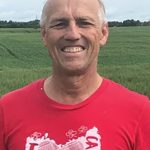 Keith Fournier would like consumers to know that farmers are willing to change to keep up with the times. “Different consumers have different ideas on how they want their food raised or the ingredients used. That includes plant-based protein burgers,” he says. “I have no resentment against consumers for buying food that fits their values, and I will change as demand changes if it’s the right move for my business.”

“I have to be flexible enough to accommodate consumers when their tastes and values change.”

Farmers have to pay attention to trends that could have a major influence on their long-term production practices. “I will keep going the way I’m going as long as consumers are willing to buy food the way I grow it, but I have to get away from thinking that everyone will always want what we produce,” he says. “I have to be flexible enough to accommodate consumers when their tastes and values change.”

On the flipside, Fournier also thinks consumers need to know that the farmers who are still in business are proud of the quality of they produce, and the methods used to produce it.

“In social media, there seems to be some mistrust of what we do on the farm, especially for the tools like fertilizer and pesticides,” Fournier says. “But we wouldn’t use these tools unless we saw them as lower risk for the environment and for the social health of farmers and the farming community.”

Fournier likes that McDonald’s and other companies are showcasing the farmers who supply their food. “This is about making connections with consumers who don’t know farmers anymore,” he says. “Farmers need to embrace these trends that help customers understand why we do what we do.” 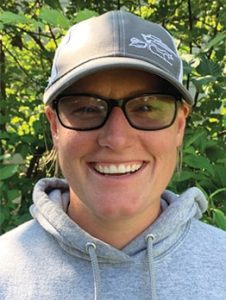 Brooke Parker wants customers to know about the importance of biosecurity on farms. This is not only for livestock operations, which have to be very careful about people bringing in outside pathogens that could spread throughout a flock or herd. It applies to fields as well.

Brooke Parker would like customers to appreciate that agriculture has to meet a broad range of demands when it comes to food choices and production practices. She sees a place for every type of farm. “It’s good that farms can provide the diversity of systems to satisfy all different tastes and values, but one system is not better than any other.”

“Half of our farming operations are in Rocky View County, which has four confirmed cases of clubroot to date,” Parker says. So that means paying close attention to people and equipment coming in and out of fields
to make sure they’re not tracking soil that could contain the pathogen.

“Clubroot is spreading at a rate of 20 miles per year, and with rotation, maintenance and canola variety trait options, we can reduce that to 10 miles per year,” she says.

She thinks customers should know about the steps farmers have to take to manage threats to their productivity and their livelihood.

Parker would also like customers to appreciate that agriculture has to meet a broad range of demands when it comes to food choices and production practices. She sees a place for every type of farm. “It’s good that farms can provide the diversity of systems to satisfy all different tastes and values,” she says. “But one system is not better than any other.” 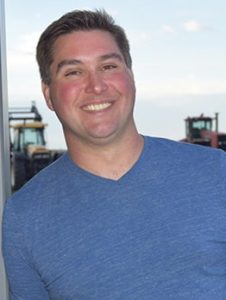 The Eliason farm still has an old red barn, which is the image people often associate with good old-fashioned farming. “We don’t have cows in it anymore, but it’s still part of our family’s heritage,” says Anthony Eliason. “Even though farming practices have changed since that barn was built, that same heritage drives us to be better farmers and better stewards of the land.”

“We’re not going to do something dangerous that impacts that quality because we also eat all the stuff we produce.”

Eliason would like to remind consumers that farmers and their families live on the farm and eat the food they produce.

“I care about the land and I love living on the farm. I follow the rules and regulations, and do what I can to produce the healthiest food possible,” he says. “We’re not going to do something dangerous that impacts that quality because we also eat all the stuff we produce.” 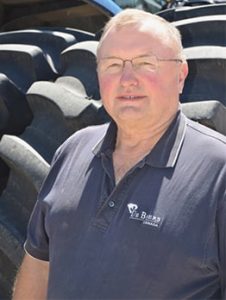 John Sandborn home farm is on the north slope of the Duck Mountains, which means a lot of wildlife, birds and biodiversity. He likes that and wants to preserve it.

“I have 70 acres by the lake that I left in its natural state for the birds and animals. People want to take the wood, but I won’t let them,” Sandborn says. “I’ve sown a few small fields to natural grass for bees and other native pollinators.” He also feeds birds through the winter.

Sandborn has to spray his crops to protect them, but he makes sure to follow labels, and he rotates herbicide chemistry to avoid resistant weeds. He keeps his own high-clearance sprayer so he can spray at exactly the right time and only where necessary.

“I have 70 acres by the lake that I left in its natural state for the birds
and animals. People want to take the wood, but I won’t let them.”

“I don’t spray any more than I need to, and I pay attention to insect thresholds,” he says. “I want to give the natural predators a chance to build up.”

Sandborn would like his customers to know about his respect for the natural biodiversity on his farm. “I want to take care of the farm because it has to take care of me.” 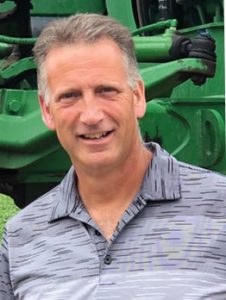 Roger Chevraux thinks consumers should know about the steps he takes at all stages of production to reduce his carbon footprint, reduce pesticide use and meet customer needs for quality.

Growing crops without using tillage has provided a major benefit to his soil health and carbon footprint. “I have been using zero-tillage for over 20 years,” Chevraux says. “It has improved my soil organic matter and the standing stubble catches more snow.” Leaving the stems standing to catch snow can improve water use efficiency, which means farmers can grow more food on the same land.

“I receive satellite images of my fields, which I use to determine areas where the plant biomass is less than the average. I then create application maps that I use in my sprayer. As the sprayer passes over these areas, sections of the spray booms shut off and apply fungicide only to areas where the disease is most likely to be present.”

“I just bought some land adjoining my farm and took out an old fence line. The mound of dirt around the fence line was a good reminder of the soil erosion from the Dirty ‘30s and why reduced tillage is so important to our farms,” Chevraux says. “Not only does it help the soil, but by not pulling the tillage tool over the farm two or three times a month, it saves me a lot of diesel fuel use and reduces the carbon footprint of the farm.”

When it comes to spraying, Chevraux always sprays registered products at registered rates, and he’s taking steps to reduce pesticide use overall.

“Throughout the summer months I receive, on a regular basis, satellite images of my fields and from that I can determine areas where the plant biomass is less than the average. From this information I create application maps that I use in my sprayer. As the sprayer passes over these areas of lower plant biomass areas, it will automatically shut off sections of the spray booms so that the fungicide is only applied to areas where the disease is most likely to be present,” he says. “This reduces the amount of fungicide used on the field as a whole.”

In the future, he sees more use of variable-rate and risk-sensing technology for all pesticide and fertilizer applications. As an example of risk-sensing technology, Chevraux tried the Spornado this year, a tool that tells him the level of sclerotinia spores in his field. “With this, I can determine the best time to spray or whether to spray at all.”