Canola Digest asks its six farmer panelists how higher crop prices over the past year and how uncertain weather and productivity in 2021 might change their marketing strategies for 2022? 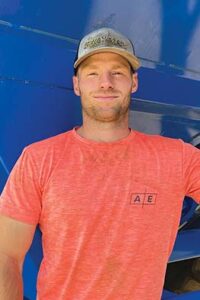 Codie Nagy hires market analysts for daily market updates and one-on-one conversations. “It’s nice to have extra advice to take the emotion out of the decisions.”

Codie Nagy didn’t forward contract as much as usual heading into the 2021 growing season. Prices were moving up, “so we sat back and watched what was happening,” he says.

Nagy employs the services of two separate market analysts. “They weren’t giving sell signals because they felt the market still had some upside, so we waited,” he says.

He was also a little apprehensive about locking in too much after an experience in 2019. “We over-contracted on durum that year,” he says. “Quality wasn’t good and we took it on the chin.”

For this year’s crop, Nagy will make most marketing decisions after harvest. “When we need to sell to pay  some bills, we’ll try to pick the crop with the highest  price at that time.” 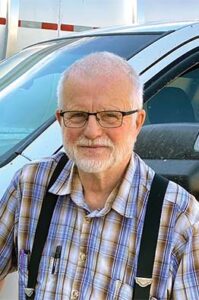 Maple Grove Colony put up two 40,000-bushel bins to increase market flexibility. “Up until this year, we had to sell canola right after harvest to make room for soybeans, then sell soybeans to make room for corn. We can now trickle it out more slowly.”

Maple Grove Colony’s marketing plan revolves around crop that is already in the bin, rather than signing contracts for crop that hasn’t been harvested, or even planted, yet.

“Forward pricing is just too risky with our sandy soil,” says Leonard Waldner, farm manager at the colony in southwest Manitoba.

Their strategy didn’t change last winter when grain prices increased. “We didn’t lock in anything except for one load. We decided to just ride out the storm, and I’m glad we did,” Waldner says. Hot and dry growing conditions left many Manitoba farmers short on yield. “I have lots of friends who aren’t going to be able to fill their contracts.”

A marketing strategy built around storage is not risk-free either, especially for canola – which is prone to spoilage and heating if not cool and dry and clean. “I don’t like to store canola,” he says. “So we’ll make sure it’s in good shape going into the bin, install cables and watch it closely.” 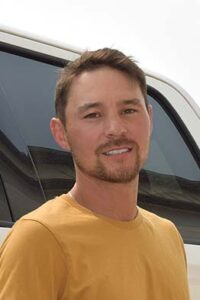 “I was a little too aggressive in forward-marketing the crop still out in the field this year.”

“I was a little too aggressive in forward-marketing  the crop still out in the field this year,” Nakamura says. “I am usually around 50 per cent sold and increased that to 60 per cent this year. I sold based on last year’s good results and didn’t expect the unparalleled drought.”

The experience taught him not to be too aggressive on selling something that isn’t there. “I’m still learning,” he says. “For 2022, I’ll only market what I think we can get, I guess.”

When forward-selling, Nakamura has been using average-price contracts to remove some of the price speculation. They worked well this year because the price kept rising. Instead of being stuck with the lower price at the time he signed the contract, his final price will reflect the steady rise through the year. “I’ll probably stick with them for 2022,” he says. 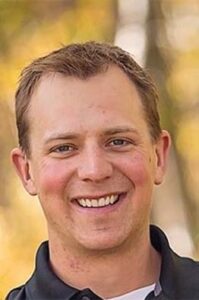 Brett Jans’s number one strategy for hedging and risk management is to grow a variety of different crops. “My hope is that this reduces my production risk because not all of my ‘eggs are in one basket’ if there is a frost, insect or disease outbreak that decimates a certain crop,” he says. “It also helps me to hedge against any commodities that crash or rally because I don’t have a high percentage of acres in any one commodity.”

Jans tries to maintain a pulse-cereal-canola-cereal rotation, with barley, wheat and oats for cereals, and peas and faba beans for pulses. 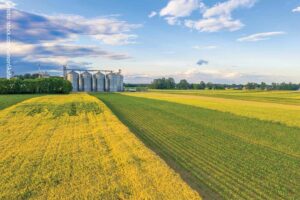 “As a young farmer, I don’t own a lot of storage yet, so I have to move a lot of grain out at harvest to make space. Contracts to get grain moving early also provide cash flow. “Cash flow is almost my number one restriction.”

When it comes to marketing tools, pre-selling is an important part of his plan. He has been pre-selling 15 to 20 per cent of his anticipated production. “As a young farmer, I don’t own a lot of storage yet, so I have to move a lot of grain out at harvest to make space,” he says. Contracts to get grain moving early also provide cash flow. “Cash flow is almost my number one restriction,” he says.

Looking back, Jans says he probably pre-sold too much in 2020 and 2021. In 2020, excess moisture greatly reduced his overall farm productivity. “I ended up aggressively pre-sold, which drastically reduced my marketing flexibility.” Then in 2021, he stuck to his 15 to 20 per cent plan in 2021 to “take advantage of what seemed at the time like phenomenal prices.” But the price just kept going up. The good news is that soil moisture reserves in his area in 2021 allowed for decent yields despite the hot weather, so he has a bit of grain to sell into strong spot markets.

Jans says he will still pre-sell grain for 2022. “But after hearing of all the farmers forced to buy out contracts due to the drought or hail this year, and with the fact we were just lucky enough to avoid that, I will reduce my percentage sold going forward to max five to 10 bushels per acre,” he says. 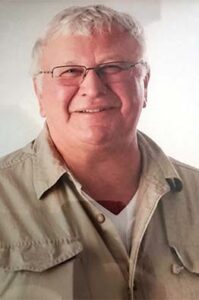 Two canola processing plants announced for Regina “is the best news I’ve heard in a long time. When you have two people competing for your grain, it is like farming in heaven.”

Roland Crowe manages the rental agreements on 36 quarters of farm land that Piapot First Nation owns around Avonlea and on the home reserve north of Regina. He works with six “good renters.”

Crop prices and yields will often factor into rental agreements.

“Yields are looking alright this year,” Crowe says – even with above average heat and below average moisture. “I farmed 5,000 acres of the Avonlea land for 20 to 25 years. With three to four inches of rain we could get a crop, and anything more than that was a bonus.”

The first canola to come off the land this year yielded 35 to 40 bu./ac., and prices are very good. (We talked in early September.) Crowe prefers a dollar-per-acre rental agreement over a profit-share. “Any renters prepared to pay cash per acre are serious farmers,” he says.

Crowe is optimistic about canola in his area for 2022 and beyond. “Five or six inches of rain over the past week to 10 days is money in the bank for next year,” he says. And two canola processing plants announced for Regina “is the best news I’ve heard in a long time,” he says. “When you have two people competing for your grain, it is like farming in heaven.” 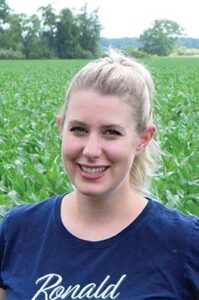 “I think our farm is better off with diverse rotations. As much as I value doing well today, I want to be able to do well in 10 years. So I don’t want to be too over-reactive to the market when making my cropping decisions.”

Nicolea Dow’s market risk management is based on a diverse crop rotation, a good plan and some flexibility to change her mind.

The farm grows canola, soybeans, corn, wheat and oats. Prices were strong heading into this spring, but a shortage of moisture was evident early, so Dow decided to cut back on oat acres and replace them with wheat.

It was a good move. “Our oats were terrible and the wheat did well,” Dow says.

As for capturing high prices heading into the 2021 crop year, Dow signed delivery contracts for a small amount. “I have a hard time selling more than
25 per cent of a crop that’s not in the ground.”

Dow likes to have a plan in place by around November so she can make seed and fertilizer purchases through the winter. Possible changes for 2022 are to cut back on oats and corn, and possibly add peas.

“Corn has done very well for us over the past five years, being our most profitable crop, but it tapped out this year because of low soil moisture reserves,” Dow says. “If we are in a dry cycle, corn won’t do as well.”

For peas, the new Roquette processing plant at Portage la Prairie provides a buyer “right here on our doorstep,” Dow says. And peas tend to do better in dry conditions, so she may try peas to replace some corn acres in 2022.

While peas are not a replacement for corn in a broadleaf-grass rotation, they add to the cropping diversity. “In the long term, I think our farm is better off with diverse rotations,” Dow says. “As much as I value doing well today, I want to be able to do well in 10 years. So I don’t want to be too over-reactive to the market when making my cropping decisions.”

“Rotations help with time management, especially at harvest, and business risk management,” Dow says. “They also help the land. I want to do what’s best for the land.” 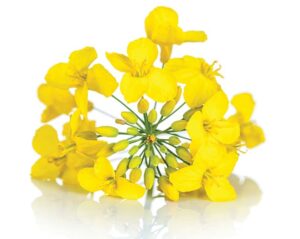