KEY RESULT:
The maintenance of a naturally-occurring clubroot nursery provided an evaluation site for over 60 canola lines, varieties and cultivars over four years. The nursery site was also used extensively for training and extension activities. 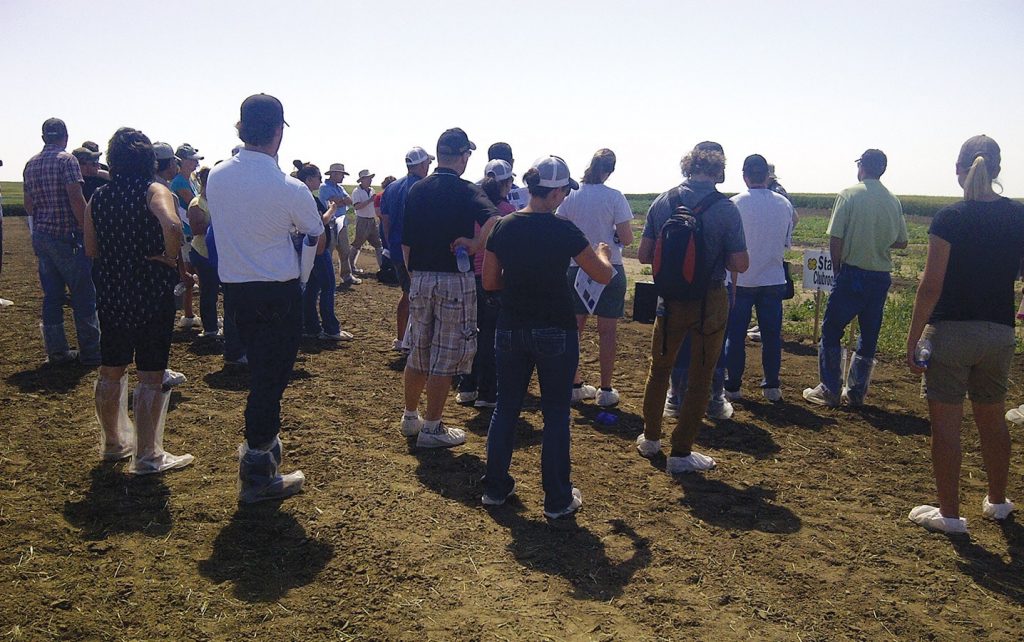 When you get served lemons, make lemonade. In 2007, an irrigated canola crop west of Brooks, Alberta was discovered to have a severe infestation of clubroot caused by Plasmodiophora brassicae. From 2008 to 2016 the infested field provided an opportunity for clubroot research, extension and training in southern Alberta. 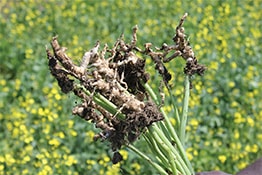 The primary goal of this project was to maintain a clubroot nursery in southern Alberta to allow the consistent testing, and continued development, of clubroot-resistant canola varieties. The site was a naturally-occurring clubroot disease nursery in southern Alberta where hybrid canola seed companies could screen for clubroot resistance to Williams pathotype 5, which is predominant in that field. The pathotype 5 and sandy brown soil with neutral to alkaline pH provided a testing site unlike any other in Canada.

Maintenance of the site and screening of clubroot resistance for hybrid canola seed companies resulted in:

As part of this project, a clubroot surveillance program sampled approximately 900 fields between 2013 and 2016 in southern Alberta. The survey provided early detection of new outbreaks and allowed proactive management responses. The survey has also helped identify fields with new virulent pathotypes of clubroot.

The comprehensive clubroot surveillance and early detection in southern Alberta found the following:

The clubroot nursery site has also been a valuable staging point for demonstration plots used in extension and training activities. These activities have improved the awareness of, and scouting for, clubroot in southern Alberta.