SaskCanola, Alberta Canola and Manitoba Canola Growers are farmer-run organizations, so they need passionate farmers to run for board elections. Are you ready to put your name forward? This article describes the requirements and rewards of joining a board.

SaskCanola and Manitoba Canola Growers have eight directors. Alberta Canola has 12. These 28 directors represent all canola growers on provincial, national and sometimes international stages. And with term limits for directors, canola organizations depend on a few new farmers coming forward every year. Will that be you in 2021?

This article might inspire you to take a leadership role in Canadian canola.

Why are these organizations important for farmers?

SaskCanola, Alberta Canola and Manitoba Canola Growers are very active in farm policy. They fund, direct, develop and distribute practical, science-based research that meets the needs of farmers, and use their network of research collaborations to increase the value for every research dollar. They use various extension programs, including Canola Digest, to share research results and provide farmer members with valuable opportunities to learn and grow.

SaskCanola, Alberta Canola and Manitoba Canola Growers recognize that the success of the canola industry hinges on strong leadership and advocacy for canola from the time it is planted in the field to when it is consumed in the kitchen and all steps in between.

They represent a unified voice for canola farmers in each province, and represent a national voice through Canadian Canola Growers Association and the Canola Council of Canada.

Why do they need good board members?

Directors play a primary role in making decisions that will affect the future of canola and the agriculture industry in each province. This farmer voice influences decisions and policies to support a progressive, profitable, and forward-thinking canola industry. Farmers drive honest conversations and inspire others to be creative and innovative.

What do they look for in a boardmember?

A willingness to learn, to grow and to lead are essential. Other beneficial skills include an open mind, strategic and critical thinking, and knowledge of the canola industry. Some experience in finance, research, agronomy, policy development, public relations or governance would be helpful as many of the board duties fall under those categories. Director candidates must also be able to commit some time to the organization and have the ability to zoom out to a regional, provincial, and industry-wide perspective to represent all growers.

The organizations want a diverse board. You are never too old, too young or too small to run.

What do board members do?

Directors will attend three to five board meetings per year, as well as committee and industry meetings as required. They should stay informed about board matters, prepare for meetings, and review and comment on minutes and reports. That includes the annual budget and regular finances. They commit to actively participate in board and committee work.

That commitment includes an effort to get to know other board members and build a collegial working relationship that contribut es to consensus. Directors work with other directors and staff to continuously monitor, access, and revise strategic direction of organization. Directors volunteer for and willingly accept assignments and complete them thoroughly and on time.

Board members provide the farmer perspective at provincial and national levels. They build an extensive network across the industry, and enhance the public image of the organization.

How much time does it require?

Directors should be able to commit at least 10 days a year to the organization. They will find many other opportunities to represent farmers, so the time invested could be 15 or 20 days for more active directors.

Be the leader you want to be

Being on a provincial canola board gives you a real chance to have significant impact on Canada’s canola industry and Canada’s economy in general.

Yes, it requires a large chunk of time, but directors get as much as they give. When directors leave the board, they almost always feel like they got more out of it than they put in.

That’s because directors work side by side with other leading farmers and deep thinkers from across the Prairies. Directors often talk together about farming practices, economics and research. Through board work and events, directors expand their networks to include agri-business leaders, researchers and extension staff.

They get first-hand experience on the challenges and opportunities in Canadian agriculture, the latest research, financial management, and how to influence government policy.

Everyone else has to pay big money to learn those business skills. You can learn them by jumping in and getting active on a canola board.

You are a leader. This is your opportunity to lead.

Comments from a past director – John Guelly

Westlock, Alberta – Past director and chair of Alberta Canola

Why did you get involved?

I was familiar with Alberta Canola. I knew the previous directors, and when our regional director was terming out on the board, it seemed like the right time and place to get involved. It was at a point in my life when I had some time available.

I was on the board for six years, two three-year terms, which is the maximum in Alberta. It went by quickly. To say I don’t miss it now would be a lie.

I learned new perspectives on how to manage the farm – from agronomy to human resources to business. I know I’m a way better farmer and person for being involved.

For example, I was on the Western Canada Canola/Rapeseed Recommending Committee (WCC/RRC) to approve new canola varieties. You can take in a lot of info from expert researchers in the room. I also sat in on every clubroot meeting you can imagine. I had been on a two-year rotation for 12 to 14 years because it was simple when I worked off farm. After learning more about clubroot, I now have a longer rotation, do way more scouting and use resistant seed. If I have a hot field, I do that field last so I can give equipment a more severe clean.

What was the best thing about being a director?

The one thing I enjoyed most was being on the research committees. I was among the experts and would suck in everything they were saying and see how it equated to my farm. If you were having a problem, say, with sclerotinia stem rot, you could tap into those experts and get first-hand information.

What was the biggest challenge?

It can be a challenge trying to represent all farmers in your region and your province. You try to keep your own biases in check when making decisions. It is small-mind versus big-world thinking.

How would you motivate other farmers to get involved?

When you ask people to run, the common answer is, “I’d love to do it, but I don’t have time.” The board is understanding. It knows it is family and farm first, and you only have to put in as much time as you want to. If you see someone putting in a lot of time, it’s probably because they have that time. If you want just do board meetings, that’s all you have to do. Don’t feel overwhelmed by the time commitment. I can’t say enough about the benefits of having been on the board.

Why did you get involved?

Manitoba Canola Growers had one open board position after its AGM in 2020, so it put out a call. I responded. I’m a young farmer and did not attend the AGMs, so I wasn’t sure I was connected enough to put my name forward for election. But I felt like I had a lot to contribute. When I left a job at a life science company and went back to farming full time five years ago, I missed being involved at the industry level. I took advantage of this opening to join the Manitoba Canola Growers board.

What is the best thing about being a director?

This has been a weird time to get involved because we haven’t had an in-person meeting since I joined the board. Even so, it has been a busy year for the commodity groups, with discussions on the Code of Practice and federal bills on carbon and biofuels, for example. I also represent MCGA on the Canola Performance Trials committee and Western Canada Canola/Rapeseed Recommending Committee (WCC/RRC).

I saw this an opportunity to get involved and see meaningful change. MCGA has good people who are a pleasure to work with. The staff provide lots of support for me in my committee work, and this has been very rewarding.

What was the biggest challenge?

Being on a board takes a lot of time, especially if you want to go further and have broader influence – say with CCGA or CCC. You also have to enjoy meetings. I love them, but not all farmers do. I farm with my dad and brother, and they’re really good at being flexible and allowing me the time to be involved.

How would you motivate other farmers to get involved?

We have a lot of pride in our own farms. By joining a board, we take those same values and put them on a broader scale – with a goal to give the whole farm industry a better tomorrow.

My goal is to leave the canola industry in a better place. Moving the industry forward is a huge motivator for me. 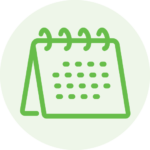 Alberta Canola will elect four directors this fall. For details on regions and nomination deadlines, read Alberta Bulletin in this issue or go to albertacanola.com

Manitoba Canola Growers has four positions up for election this year. Nomination forms are due November 30 at 4:00 pm. See more in the Manitoba Bulletin in this issue or go to canolagrowers.com 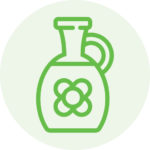 Canola industry leadership does not happen without input from farmer directors on the provincial boards and without levy support from all farmers. If farmers don’t support
this work, who will?

In March, Canada’s Pest Management Regulatory Agency (PMRA) released its final special review decision on clothianidin and thiamethoxam, two neonicotinoid seed treatments that protect emerging canola crops from flea beetles. The PMRA decision found that current use of these products by canola farmers does not pose an unacceptable risk to aquatic invertebrates and that the product use be maintained for seed treatment on canola.

“We’re pleased that PMRA allowed time to consider all the relevant data to arrive at a decision based on the best science available,” Rempel says. “Our competitiveness as an agriculture sector relies on a regulatory system built on rigorous scientific analysis and evidence-based decision making.”

Without farmer support for the research and leadership needed to have science-based engagement on policy, farmers are not at the table. Financial support and policy input from farmer-run organizations like SaskCanola, Alberta Canola and Manitoba Canola Growers pays the salaries and provides the motivation for people like Curtis Rempel who work so hard for the success of Canada’s canola industry.