Grasshoppers are eating everything in sight. Let’s party!

That was the conclusion of community leaders in my home town of Hartney, Manitoba in 1987. I was a teenager on the farm in the 1980s. The decade started with high interest rates and farm foreclosures and ended with dry conditions and grasshoppers. “It wasn’t much fun,” recalls Bruce Evans, who worked at the local New Holland dealership at that time. (He retired this spring after 40 years. He was also on town council for 20 years, including eight as mayor.) “Grasshoppers were taking the paint off buildings,” Evans says. I thought he was using an expression, like “hungry enough to eat a horse,” but he was serious. Grasshoppers were literally eating paint. 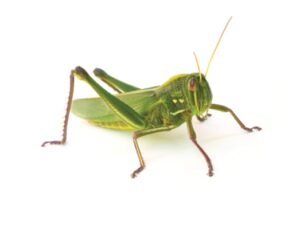 “Grasshoppers were taking the paint off buildings.”

“They were eating everything, not just crops. It was hard to have a lawn or garden,” Evans says. “I think the grasshoppers were starving.” The farming town needed a morale boost in 1987, so a few local business leaders got together and organized a festival for the second weekend in August. They called it Hopper Days. It had bed races, a street dance, a slow pitch tournament, a parade and a biggest grasshopper contest. “Some said celebrating grasshoppers was in poor taste,” says Evans, “but most people thought it was fun.”

Then came 1988. Agriculture and Agri-Food Canada’s agroclimate division puts 1988 among the top five driest years since 1950. Canadian average canola yields in 1988 were 20.2 bu./ac. on 9.2 million harvested acres, and just 17.5 bu./ac. in Manitoba. Hartney held its second annual Hopper Days and people needed it more than ever.

The decade closed with another bad year for canola. In 1989, the Canadian canola average was 19.6 bu./ac., and Manitoba pulled up the rear again with 15.5. Hopper Days got bigger and better.

Over the years, the festival has included golf, crib and horseshoe tournaments, antiques displays, pancake breakfasts, flying club fly-by (with the “s#!+hawks”), beer gardens and a horticultural society flower show. (My grandma took the competition very seriously. She was a flower-arranging whiz.) It was typical small-town stuff, and we loved it. Costs were low and participation was high. When farming is tough, it helps to know you’re not alone.

Prairie farmers might be looking for something to celebrate after 2021. The worst drought since 1950 was in 1961.“It is often named the worst drought in Canadian history,” says Trevor Hadwen, agroclimate specialist with AAFC. Others in the top five are 2001, 2002 and… 2021.

“It’s been a crazy year and I don’t think we have seen the worst yet. Livestock feed is going to be an ongoing issue through to next spring,” says Hadwen.

How do you plan for a drought? The Canola Research Hub article in this issue has a couple of tips to improve water use efficiency. Tall stubble helps, and if you have to incorporate stubble, do it in the spring. Seed decisions might help, too. Short-season hybrids give some flexibility on seeding date and can help the crop dodge the hottest summer days. We know management works because we’re not seeing 1930s-style dust bowls – but crops need rain. Period.

When weather and insects do what they do, be there for each other. Lean on your community. Check in on friends and family members. Talk to the farm stress lines. And plan a party. That’s what Hartney did.