With the rise in aquaculture, sustainability requires an alternative to feeding fish to fish. Cargill’s Latitude canola-based fish oil provides a solution.

Farmed fish will soon surpass caught fish in the supply of fish for global human consumption. A report from the Food and Agriculture Organization of the United Nation (FAO), ‘The state of world fisheries and aquaculture 2016’, projected total world fishery production (capture plus aquaculture) to reach 196 million tonnes by 2025. Of that, the report estimates 102 million tonnes will come from aquaculture.

The same report noted that while aquaculture will remain one of the fastest-growing sectors for animal food production, its annual growth rate is slowing. One factor is availability of fish feeds in the requisite quality and quantity.

To produce the omega-3 oils that make fatty fish particularly healthy, farmed fish species, including salmon, are fed rations that include fish oil from wild-caught fish. As an alternative, Cargill has announced the launch of Latitude, a canola-based source of long-chain eicosapentaenoic acid (EPA), docosapentaenoic acid (DPA) and docosahexaenoic acid (DHA) omega-3 fatty acids for aquafeed. 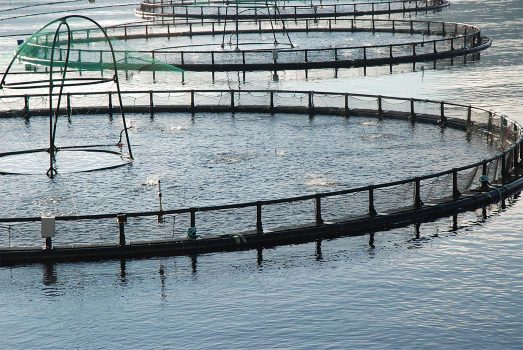 Latitude can provide the predictable quality and quantity that fish farmers need, reducing the dependency on marine ingredients, including forage fish.

“The growth in aquaculture production brings an increase in demand for omega-3s,” said Willie Loh, vice president of market development for Cargill’s global edible oils business. “Latitude will help relieve some of the pressure on wild caught fish, while delivering a reliable omega-3 product to aquafeed manufacturers – a win-win for the industry.”

Cargill says the functional elements of Latitude meet aquaculture requirements. “Fresh and saltwater feed trials have shown that 100 percent of fish oil can be replaced with Latitude in commercial salmon feed with no effect on fish growth rates, fish health or fillet omega-3 content,” the company says.

The primary market for Latitude is salmon farming, which is concentrated in Chile and Canada. Latitude was launched at AquaSur, one of the largest aquaculture events in the world, in Chile in October. Salmon feed manufacturers in Chile and Canada will be able to purchase Latitude after its commercial launch, planned for 2020.

What does omega-3 mean?

In an omega-3 fatty acid, the first double-bonded carbon atom is three carbons away from the methyl (-CH3) end – also called the ‘omega’ end –of the molecule. Omega-3 fatty acids the body needs are:

a-linolenic acid (ALA) has 18 carbons and 3 double carbon bonds. ALA is found in plant oils and standard canola oil is a good source.

docosahexaenoic acid (DHA) has 22 carbons and 6 double carbon bonds. DHA is found in marine oils and and now Cargill Latitude.