Little things that seem like nothing can add up to a surprising amount of wasted money and time. The concept of “Lean” farming can help you recognize waste so you have more time for practices that add true value.

The saying, time is money and money is time, holds true in farming and all walks of life. However, if you could spend an hour of your time to save just $10, would you?

Ten dollars to most is pocket change, and you can probably think of better returns for that hour – like getting a tractor to the second yard so an employee can complete some of his weekly tasks. But what if that one hour you spent, for example, cleaning up the shop, saved you from buying new light bulbs because you found a stash that dropped behind the mini fridge, and on top of that, you finally got around to changing out the dead bulbs instead of relying on the dimly lit fluorescent bulb in the corner like you have been since seeding? That hour of clean up and $10 in found bulbs is starting to have a ripple effect.

This is all part of the thinking that surrounds “Lean” farming. Ove Karlsson, project leader in agriculture economics at the Swedish University of Agricultural Sciences SLU Centre for Agricultural Business Management, explains how Lean farming can save both time and money in the long run.

“Lean is a philosophy that helps you to continuously improve your business,” Karlsson says. “You reduce the waste and you focus much more on the thing that provides value creation.”

When you look at the way farms operate, very few run the same way due to factors like family dynamics, size of the farm, and procedures and practices that have been passed down from generation to generation. However, all farmers can benefit from the Lean 5S’s no matter their size, shape or age.

The first three actions are the easiest, according to Karlsson. They are Sort, Set in place and Shine.

To implement these three actions, Karlsson suggests you take a good look at your workstations, whether it be in the cab, shop, quonset or the office, and clean them up. Put things back in the right spot, clear it of unnecessary papers and tools, and then make it a habit to keep these stations tidy going forward. 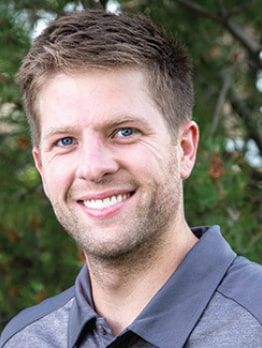 Sure, this might take some time that could be used to do other things, but for the hour or so it would take, it sure beats the amount of frustration and time you’ll spend in the future looking for that 9/16th wrench that’s been hiding under old auction papers.

The fourth S action is to Standardize. By this, Karlsson says it’s imperative to keep the structure and good practices in place for both full and part time workers along with seasonal, and family members that help out here and there.

This could be anything from a checklist for staff to complete after each shift to minimize workplace injuries, regular and consistent meetings to check in on everyone’s mental health, or even picture examples for how you, as the farm boss, would like workers to keep their cab during harvest. (Pictures can show no garbage, extra water bottles, fire extinguisher, etc.)

Lastly, the fifth action is Sustain. Keep the four S’s as a continuous habit, and also take a step back from time to time, and re-evaluate the way you do things.

“A lot of times, the farm boss just does what they have always done, but they have never really analyzed what they’ve done and why they’re doing it,” Karlsson says, referring to the fact some people have the mentality of, “we’ve always done it that way, so why change it”.

However, he says that’s not the Lean way of thinking. There has to be a commitment by both the leader and their employees to be willing to change to improve the operation in the long run.

“That’s why we say that Lean is a commitment involving all the employees,” Karlsson says. “A lot of employees might see that there are some wastes – either in time, product or money – but nobody has asked about them.”

An Alberta farmer’s experience with Lean

Alberta Canola director and mixed operation producer Cale Staden worked directly with Karlsson during one of the sessions within the Canadian Total Excellence in Agricultural Management (CTEAM)  program.

“I think if you’re willing to, it’s possible for anybody to implement the Lean way of thinking, I really do,” Staden says. “I think everybody can benefit from it in one way or another.” 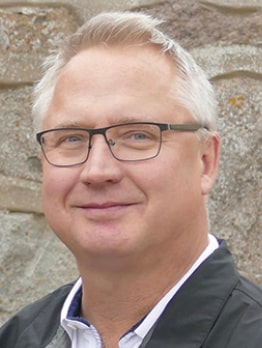 “That’s why we say that Lean is a commitment involving all the employees. A lot of employees might see that there are some wastes – either in time, product or money – but nobody has asked about them.”

He brought back what he learned from Karlsson to his dad and brother, who he farms with. At first he thought the results might be small, but the approach has led to significant changes to the farm that he can see having a long term benefit.

This is not only the 5S’s, but also the “waste glasses” exercise — where one takes a step back and looks to see where time, money and resources are being wasted.

For example, when it comes to oil filters for machinery, Staden chuckled a bit while explaining they know it’s something they use year after year on more than one occasion. Yet somehow, they could never find the sticky note or piece of cardboard they scribbled on with what filter tractor number four took. Nor could they find the filters they’ve bought in the past, or even worse, the store would be out of the certain kind they needed. Staden also pointed out that they knew oil filters went on sale every single spring.

The solution? Staden averaged out how many oil filters of each type his farm used on a yearly basis, and then purchased that amount and a few extra in bulk during the spring sale. It saved  them 30 per cent, on average.

Along with money, it also saved them running around the different yards and, at times, the raised voices required to get the job done.

At the end of the day, Karlsson says Canadian farmers are already great leaders in working smarter not harder, so if they try to implement Lean into their operation – just imagine the possibilities to where it would take them.