In early January, the Saskatchewan Ministry of Agriculture and SaskCanola released an updated version of the Saskatchewan Clubroot Distribution Map, which includes the results from the 2019 provincial clubroot survey and any rural municipalities with confirmed cases of clubroot reported outside the survey.

In Saskatchewan, clubroot is a declared pest and it has been regulated since 2008 under The Pest Control Act. Clubroot is a soil-borne disease affecting canola and other related crops and weeds. It causes yield loss, is very difficult to manage, and once the spores are present in the field it can spread quickly in the presence of host crops. Limiting the spread of soil from field to field and responsible management of clubroot resistant varieties within a three-year crop rotation are the best ways to prevent the introduction of clubroot into a field.

Since 2017, visible symptoms of clubroot have been confirmed in 51 commercial canola fields. In 2019, eight fields were identified with visible symptoms and the clubroot pathogen was detected in an additional five fields where there were no plant symptoms. All the results were compiled via Ministry surveys and through reports and samples submitted to the Ministry and SaskCanola by farmers and agrologists.

SaskCanola has partnered with the Saskatchewan Ministry of Agriculture and Saskatchewan Association of Rural Municipalities on an extensive sampling program for the past two years. In 2018 and 2019, well over 3,000 fields have been surveyed for the presence of clubroot. The industry and government also rely heavily on the voluntary reporting of farmers and agrologists. 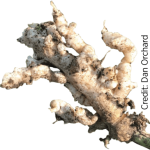 Early confirmation of the disease is critical to managing it most effectively.

As a canola industry, we are dedicated to a farmer-driven approach to managing this disease and by working together we can reduce the impact it will have on Saskatchewan canola farmers.

Partnerships Are the Key to Success

SaskCanola and the Saskatchewan Ministry of Agriculture have been working together for over a decade to raise farmer awareness and contain the spread of clubroot. The more we know about clubroot and how it moves, the better opportunity growers have to minimize the financial impact on their farms.

For many years, clubroot was surveyed as part of the general disease survey in Saskatchewan, with limited samples collected. The canola industry was interested in expanding the survey and committed financial investment to this effort. Under the Canadian Agriculture Partnership, the Government of Saskatchewan and Saskatchewan Association of Rural Municipalities initiated the Plant Health Network, which included the addition of six plant health officers (PHOs) to work collaboratively with the rural municipalities to help with the management of all declared pests. The PHOs are critical to the success of the clubroot survey by collecting samples from across the province. In two years, with the partnership between SaskCanola, SARM, and the Ministry of Agriculture, over 3,000 soil samples have been tested and significantly increased farmer awareness of this potentially devastating disease.

SaskCanola Board Election this Fall 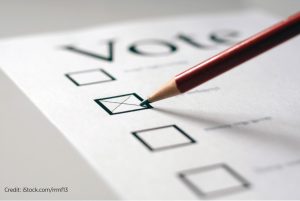 SaskCanola will hold a board election this fall for four director positions.

Director responsibilities include five SaskCanola board meetings plus participation on various committees and appointments to external boards.

The goal of our farmer-led board is to ensure Saskatchewan canola growers interests are always represented by SaskCanola and the canola industry.

If you are considering letting your name stand for election but have questions about the process or commitment, our nominations committee would be pleased to hear from you: 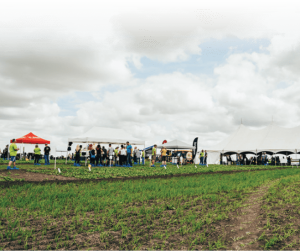 Plan to attend our 4th annual CanolaPalooza field day this summer, now with a choice of Top Notch Farming Tour (self-guided as in prior years) and the newly added Top Notch Farming Diagnostics to provide more directed learning, diagnostic tips, and CCA credits.

Visit the ‘News & Events’ section at saskcanola.com for more information. Updates will be posted later this spring.

Stop by our booth while touring Ag in Motion this summer to see our plots demonstrating a three-year crop rotation, learn about clubroot findings in Saskatchewan to date and sign up for the provincial clubroot survey to test a field on your farm ($100 value).