“The vast majority of insects in our canola fields are beneficials, and when we spray, the beneficials seem to be the last to bounce back. So we do everything we can to not spray. For lygus for example, we always wait until numbers are at least double the thresholds before considering a spray. I’m willing to lose a few bushels per acre from an outbreak in order to help maintain the beneficial population, which I believe will reduce my insect management costs in the long term.”

We have reasonable knowledge of the insect pests found in canola, but substantial gaps exist in our understanding of other potentially beneficial insects, predators, parasitoids and soil macroinvertebrates at work in our fields.

This study provides a starting point, developing a new database of insect biodiversity in canola fields in Alberta. Interestingly, but perhaps not surprisingly, weeds in a field increased insect biodiversity. For this reason, sequential herbicide applications to control late-emerging weeds should be avoided so that small weedy backgrounds in canola are maintained. The negative effect of these weeds on crop yield may be minimal, and the study indicates that small weedy backgrounds have the potential to enhance arthropod biodiversity, especially of predatory ground beetles.

The study found that in canola, significant gaps exist in knowledge and understanding of the fauna of insect predators and parasitoids, crop pollinators, and arthropods that are important in soil decomposition and nutrient recycling.

Ground beetle populations are particularly influenced by plant diversity. A positive association occurred between weed density and ground beetle density: greater numbers of beetle species and individuals occurred when weeds were abundant in the crop than when weed density was low.

The potential economic benefit of ground beetles, rove beetles and spiders to canola could be determined with further study. 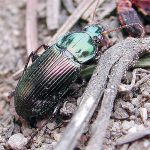 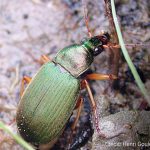 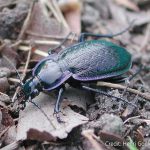 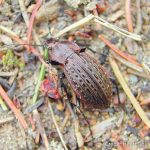 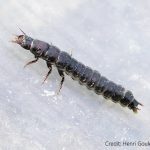 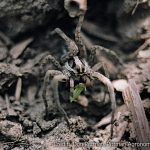 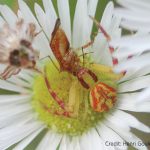 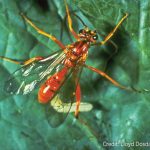 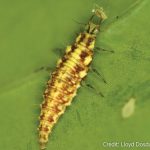