If four new canola processing plants announced earlier this year get built as planned, Canadian processors will have capacity to use 16-17 million tonnes of canola per year by 2025, up from around 11 million currently.

The promise of biofuel market expansion in the U.S. and Canada, driven by renewable fuel policies, has sparked a building boom in Canada’s canola processing industry. Growing demand and competition for canola seed will support prices at the farm gate and provide more delivery options.

The medium-term view, despite drought-related production challenges in 2021, is that supply will increase to meet demand from long-term seed export customers and from a domestic processing industry that will have 16-17 million tonnes of capacity by 2025.

“Processors are showing a high level of optimism that canola supply will be there,” says Chris Vervaet, executive director of the Canadian Oilseed Processors Association. “They are confident in the ability of farmers to react to the increased demand.”

Canola does not have an approved pathway to access the U.S. renewable diesel market at this time, but Vervaet says the canola and renewable diesel industries are working with the U.S. government to get canola approved. Vervaet estimates that Canada’s Clean Fuel Standard, also not yet defined and approved, could use another two million tonnes of canola oil per year by 2030.

Four big processing projects were announced March 22, April 22, April 26 and May 25 of this year. It was an exciting two months for agribusiness in Saskatchewan and Canada.

First was Richardson, announcing March 22 that it will double the capacity of its Yorkton, Saskatchewan facility to 2.2 million tonnes per year. The expansion will come on stream in 2024.

On April 22, Cargill announced a new one-million-tonne plant for the north side of Regina. Four days later, Viterra said it will build a 2.5-million-tonne facility in the same general area. Both plants are expected to open in 2024. These two announcements alone will change the canola landscape for Regina and for growers in southern Saskatchewan.

Vervaet says two fundamental factors make the Regina location appealing. One is that Saskatchewan is the biggest canola producing province and has been underrepresented when it comes to canola processing capacity. The other is the intersection of CN and CP rail lines at the build sites. “Dual access to rail line is almost a ‘must have’ to ensure the flow of product continues,” Vervaet says.

On May 26, Minneapolis-based Ceres Global, a new player in Canadian canola processing, said it would add a 1.1-million- tonne crush plant beside its existing grain terminal at Northgate, Saskatchewan. The border-hugging facility is on the BNSF line for easy access to the U.S. market.

In the May 26 media release, Robert Day, president and CEO at Ceres, says, “While there are multiple drivers contributing to this demand, the most important is the movement towards green energy and the need for vegetable oil as feedstock for the production of renewable diesel.”

Vervaet says the renewable fuels market is “definitely one of the drivers” behind these announcements, providing more market diversification. “But we can’t lose sight of our biggest market, which is canola oil for food use,” he says. “Demand for food oils continues to expand around the world, and historically, over 90 per cent of Canadian canola oil has gone into the food market.”

Canada’s canola industry strategic plan, first announced in 2014, set a goal of 26 million tonnes of total production and sales by 2025. Specifically, the goal is to have 14 million tonnes go through domestic processors and 12 million exported as seed. As of 2020, exports were 11.8 million tonnes and processing was 10.3 million tonnes. If the four plants get built, processors should achieve the 2025 goal and keep pace with the value chain’s production target.

“Assuming these plants can utilize 85 to 90 per cent of their capacity, processors could process 15 million tonnes, exceeding the 2025 target they set for themselves and adding value to half of the canola crop right here at home,” Vervaet says. 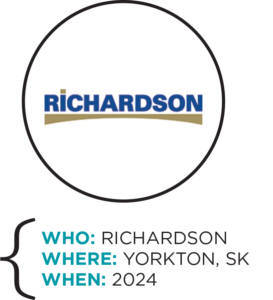 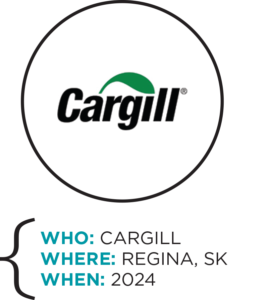 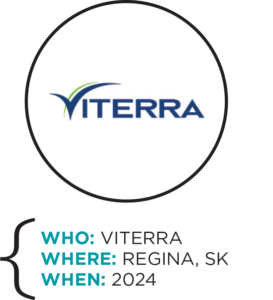 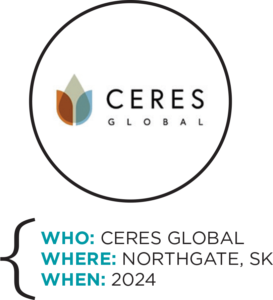 The 14 current canola processing facilities in Canada have capacity to handle around 11 million tonnes of seed per year. That will rise to 16-17 million by 2024 or 2025 when new Cargill, Ceres and Viterra facilities and the doubled capacity at Richardson Yorkton come on stream.