The corn comparison table in the NK Seed Guide booklet at syngenta.ca could make a canola grower drool. It compares cultivars based on over 30 agronomic traits, making it easy for corn growers to zero in on traits that matter most for the farm and for each field.

Relative maturity for the 15 hybrids on NK’s Eastern Canada list ranges from 78 to 104. You want early? They got it. You want long season? They have that, too. The table also shows relative maturity to silk and blacklayer stages which, for canola, would compare to first flower and maximum seed fill.

A small Canola Council of Canada (CCC) comparison in 2021 showed that canola yielded more when the crop had more days in reproductive development – from bolting to 60 per cent seed colour change. Do some canola cultivars spend more time than others in reproductive development than in emergence and vegetative growth stages? Lead Nate Ort says the study raised more questions than answers, but these are the cultivar details – relative time from bolting to 60 per cent seed colour change – that could help farmers make better seed decisions.

Moving left to right across the NK corn table, next are ratings for nine agronomic characteristics, including vigour, height, test weight and stalk strength. Each cultivar also has a suggested seeding rate range, ratings on adaptation to soil types and yield environments, and tolerance to five different diseases. The table rates each cultivar for “corn on corn response” to indicate suitability for fields with very tight rotations.

The corn seed industry in Canada rides on the shoulders of the U.S. juggernaut, so it has advantages of size and history. But what can seed companies do to help farmers make more strategic canola cultivar decisions?

Dave Harwood with Pioneer Hi-Bred has been encouraging farmers for 35 years to “plant a package”. He’d like growers to select a mix of genotypes – a few different cultivars – and then scout to see how they perform. Scouting is a key step toward better seed decisions. “If you’re not scouting to see how different genotypes perform in your conditions, then you’re not taking advantage of that diversity you’re planting.”

NK is just one of many corn seed brands that provide comparisons. WinField United Canada’s Croplan corn seed chart provides a response-to-nitrogen score, to give another example of useful information.

Harwood is the technical services manager based in Chatham, Ontario, which is corn country, and he worked on the canola end of the business for 10 years in the 1980s and ‘90s.

“The most distinct difference between corn and canola is genetic variability for maturity,” Harwood says. Corn offers a wide range of maturities, which helps farms make meaningful decisions based on seed date and harvest date, and to select hybrids that provide some true variability to spread out harvest and reduce risk. “For canola, 80 per cent of hybrids are in the mid range, and the difference between mid and late season is pretty subtle,” he says.

The CCC encourages growers to choose the best seed traits for each field. “We encourage farms to test one or two new cultivars each year, choosing traits that may help the farm, like a specific blackleg resistance or an early maturity,” says Clint Jurke, agronomy director with the CCC. “We see potential yield and quality benefits when farms try cultivars with these targeted traits on fields that have blackleg problems or are often seeded late because of drainage issues.”

Scouting provides the field knowledge – especially when it comes to disease, yield potential and harvestability – that will help select the traits appropriate for each field. Another important factor is economics. What traits pencil out best for high production versus low production areas?

“In corn, we have racehorses and workhorses,” says David Van Dam, director of business development with WinField United Canada. “Racehorses are for high performance soil and for growers who will give them a high level of management.” They will respond to higher and higher rates of nitrogen, and benefit from timely in-season nitrogen applications, he says. “Workhorses are for tough acres or for fields that may not be as well managed. They don’t have the top-end yield potential, and are cheaper based on this.”

Harwood says not many seed companies actually target workhorses when bringing hybrids to market. “We’re looking for elite genotypes,” he says. Corn workhorses tend to be older hybrids that have stayed on the market because they are proven to be stable, with “a reduced incidence of lower end performance,” he says. Because most cultivars don’t stay on the market for much more than five years, it can be a challenge to identify those situational differences. For this reason, Harwood recommends that growers talk with local seed suppliers to see which cultivars are best for their situations.

Van Dam would like to see canola seed get to a point where growers have the tools to make more refined decisions. “For canola, we often see the same hybrids grown from the Peace to the Red River Valley,” he says. “How do we start thinking about canola a little better and get more regionally specific? And why are growers using the same seed on top-end fields as they use on fields with lower yield potential?”

A new WinField United research facility outside of Minot, North Dakota will look at canola, sunflowers, wheat and peas “in a deeper agronomic way than we have in the past,” Van Dam says. Once data starts rolling out of that facility, WinField United will have more information to drive more sophisticated seed decisions for these important Western Canadian crops.

Start with what we’ve got

Growers do not need more canola choices to at least get started on planting a package. Cultivars have differences in blackleg genes and clubroot resistance that could influence which ones are right for a field. Days to maturity will hint at season length. Yield and lodging scores could influence an appropriate nitrogen rate. Pod shatter ratings indicate an appropriate harvest method or harvest timing. 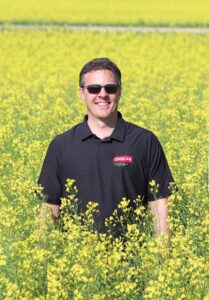 “For canola, we often see the same hybrids grown from the Peace to the Red River Valley. How do we start thinking about canola a little better and get more regionally specific? And why are growers using the same seed on top-end fields as they use on fields with lower yield potential?”
—David Van Dam, director of business development with WinField United Canada

Growers can challenge seed suppliers to provide the information needed to make seed decisions based on yield goals, disease risks, farm location and field characteristics. “If their seed supplier can’t help them with those decisions, find one who will,” Harwood says.

Elizabeth Simpson, canola market development manager for Bayer Canada, says the company has divided the Prairies into various canola production zones based on soil types, common crops in the region, typical rainfall and temperature, latitude and altitude. With that information, Bayer can make sure it has Dekalb canola cultivars to match each zone, and can help growers choose cultivars that work best in their zone. While the information is not available in a slick table like those found in corn seed guides, Simpson encourages growers to talk through their canola cultivar needs with Dekalb field agronomists who will have this information.

As tools improve to help growers with canola cultivar decisions, Simpson expects the focus will be more about risk management than maximum yield. For example, she sees a time fairly soon when cultivars could be sold based on enhanced tolerance to Brown Soil Zone growing conditions, for example. She would also like to provide maturity details specific to production zones. General days to maturity ratings on cultivars are usually too short for the Peace region and too long for southern Manitoba. “Weed control matters, too,” Simpson adds. If a farmer identifies the problem weeds in each specific field, an advanced canola cultivar selection program could show which herbicide-tolerance system is most effective on those weeds.

The goal is to make it easier for canola growers to select a package of canola cultivars right for their growing conditions, and then to target cultivars based on the disease and weed situations, and harvest objectives, for each field.

“Canola has not been around as long as corn, but canola is the most valuable crop to Canadian agriculture. Continuing to increase that value will mean taking cultivar selection to a new level,” Jurke says. “Canola needs to take a few pages from the corn book.”

Visit canolaperformancetrials.ca to download the annual results booklet or to use the online comparison tool. With the tool, users filter results based on herbicide-tolerance system, province, season zone, and year. It provides a quick way to analyze and compare cultivar performance over a number of years and locations.

All canola seed sold in Western Canada passes through the Western Canada Canola/Rapeseed Recommending Committee. It coordinates trials at dozens of sites across the Prairies each year to check new candidate cultivars to make sure they meet canola standards for oil quality. It has a pathology subcommittee that, for example, introduces protocols for the blackleg major gene labeling system. And it supports the new pod shatter rating system. 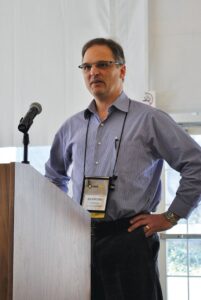 The CCC thanks Raymond Gadoua for 24 years of dedicated service to Western Canada Canola/Rapeseed Recommending Committee.

The recommending committee has 14 members, including four from industry, one breeder, one pathology representative, and three growers (one from each provincial grower organization), three commercial representatives, one seed grower and one animal nutrition representative.

Trials provide objective comparisons on oil content, meal protein content, glucosinolates, saturates, erucic acid, blackleg resistance and other criteria. Standardized check cultivars are used, and all comparisons are based on head-to-head data. A summary package is prepared, according to WCC/RRC procedures, and the committee uses this to evaluate candidate cultivars for variety recommendation.

Curtis Rempel, CCC vice president for crop production and innovation, says Gadoua has worked with industry and academic partners to develop and evolve an industry-led variety registration system that has served the canola value chain extremely effectively. “Under Raymond’s stewardship and supervision, growers to end-users can be assured that every cultivar registered and grown in Canada meets the quality and disease standards that define canola,” Rempel says. “This is key to an internationally recognized brand and a foundation of a nearly $30 billion dollar Canadian industry.”